Demand for Amazon ads could lead to blowout profits for Amazon this year.

In less than three months, Amazon (AMZN 1.20%) has seen its average ad price increase from $0.93 per click to $1.20 per click, according to data from Marketplace Pulse. The surge in ad prices may only get stronger later this month with Prime Day, which has historically attracted higher advertising bids from brands and marketers competing for deal-seeking shoppers.

Increased ad prices should produce strong profit expansion for the business, which is already a substantial profit driver for Amazon. In fact, it's possible advertising will overtake Amazon Web Services as its most profitable business this year. 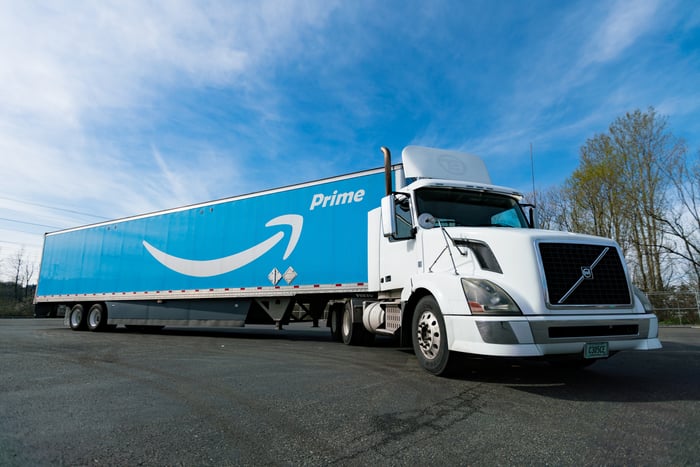 A surge in pricing and an easy comparable

While Amazon's retail business was seeing a ton of customers and orders last spring near the start of the pandemic, its advertising business wasn't keeping pace. As third-party sellers had more items go out of stock, they had no need to advertise, reducing competition for Amazon's inventory.

As a result, average ad prices declined in the second quarter last year. The average brand paid $0.91 per click in March of 2020, but only $0.76 in April.

With current ad prices floating around $1.20 per click on average, Amazon could see a 50% increase in ad revenue without any increase in inventory.

It would be a huge surprise if Amazon hasn't seen a big increase in inventory though. It reported 200 million Prime members in April, up from 150 million in January of 2020. It also reported very broad adoption of Prime Video, which may have resulted in more Fire TV sales and engagement, where Amazon shows display and video ads.

Amazon's other revenue reporting segment -- which primarily consists of advertising -- increased 73% year over year in the first quarter. But average ad prices were only up by single-digit percentages in the first three months of the year, according to Marketplace Pulse. That indicates strong expansion in inventory year over year. Therefore, we could see an absolutely massive number come out of Amazon's other revenue for the second quarter with big increases in clicks and price per ad.

Amazon's ad business wasn't even a point of discussion among financial analysts until about five years ago. Back in 2015, Amazon's other revenue totaled just $1.7 billion, and it was barely growing faster than Amazon's much larger cloud computing business, Amazon Web Services, which was attracting all of the attention at the time. Amazon first broke out results for AWS that year.

Meanwhile, growth at AWS is slowing while advertising is set to keep accelerating with added inventory and higher average ad prices. AWS revenue growth dropped below 30% in each of the last three quarters. As mentioned, other revenue grew 73% last quarter and should grow even faster this quarter.

It's quite possible Amazon's advertising business is generating more operating profits than any other part of Amazon's business. And with the pace of growth from continued strong demand for its ad products and expanding use of its marketplace and video services, Amazon should see a significant impact on its overall profits in 2021.