Soulgate, which operates one of China's most popular social networks, Soul, has filed early-stage plans for an IPO.

The Chinese tech giant Tencent (OTC:TCEHY) owns a 49.9% stake in Soulgate, making it the largest shareholder in the company. Given Tencent's track record of successful bets on companies like Pinduoduo and Sea Limited, Soulgate deserves a closer look. So let's give it one.

Launched in 2015, Soul is part of a new wave of social media platforms challenging the dominance of established players such as Facebook. As with Snap's Snapchat, ByteDance's TikTok, and privately held Discord, Soul is very popular among the Gen Z crowd. Nearly two-thirds of its users were born in 1990 or later. 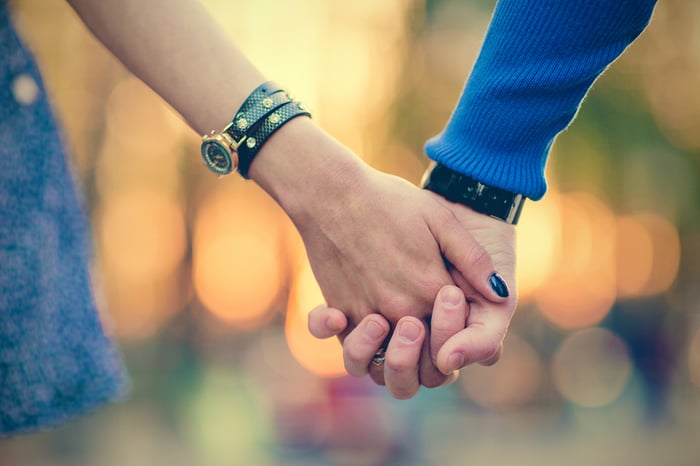 While Soulgate makes every effort to say Soul is not a dating app, it's often described as such. That's because Soul's main attraction is an artificial intelligence (AI) algorithm that helps users find their perfect match. This feature sets it apart from other dating apps, where users scroll through reams of profiles to find someone they like.

When users start using Soul, they take a personality test inspired by the famous Myers-Briggs assessment. Soul's AI algorithm processes these answers and then connects a user to those with the same personality type. Like-minded people will interact in virtual worlds called Soul Planets. Here they can join Soul Rooms, Clubhouse-like chat rooms with text, voice, and karaoke features. Users can also adopt Soul Pets -- virtual pets that others can visit and play with.

As more people join the platform, Soulgate uses its increased insight into user interactions and behavior to refine its algorithms. The company thinks its ever-improving matching capabilities will help it retain existing users and attract new ones.

Soul is also unique in that users aren't encouraged to reveal their actual identities. In fact, users do not need to disclose their real names, locations, or ages. And instead of uploading profile pictures, users interact through Bitmoji-like avatars. Soul believes virtual identities free users from the pressures of relationships in the physical world. This is especially relevant in an era of great concerns over privacy and cyberbullying, which have fueled the rise of virtual alter egos.

To generate revenue, Soulgate sells value-added services such as Soul Coins, Soul's in-app currency. With Soul Coins, users can upgrade their avatars with special accessories or clothing. Users can also use Soul Coins to unlock more new connections or buy virtual gifts for other users.

With its matchmaking algorithms, Soulgate aims to transform social media from a popularity contest into a playground for people sharing the same interests.

This unique approach has helped Soul stand out from China's sea of social media networks. Soul is now China's fifth-most-popular social media app according to mobile analytics firm Sensor Tower. This puts it in a great position to grow its share of China's mobile social networking market, which it estimates to be worth 116.2 billion yuan ($18.19 billion). Soulgate's 498 million yuan ($77.97 million) in 2020 revenue is just 0.4% of this opportunity.

There are many ways Soulgate can grow from here. For a start, it can grow its user base. A bigger user base could help it attract more advertisers and help it generate more revenue from paid users. Soul had 1.7 million monthly paying users in March, up from 929,300 in 2020. But that's only 5.1% of its 33.2 million (and growing) MAUs. Just converting more users into paying ones will be an exciting growth opportunity. Besides, it can also launch new services to improve monetization. For example, it began earning revenue from ad services in the third quarter of 2020. It launched Giftmoji -- virtual gifts that can be exchanged for physical ones -- in the first quarter of 2021.

While the future might look exciting for this young company, there are risks that investors should note. To begin with, the company earned almost all of its revenue from value-added services. By contrast, Kuaishou Technology -- another social media app popular among Gen Z users in China -- has a much more diversified revenue stream. In the nine months ended September 2020, Kuaishou made 62.2% of its revenue from virtual gifts, 32.8% from ads, and 5% from e-commerce sales. The good news is that Soulgate is taking steps toward diversifying its income by launching new services like advertising and Giftmoji. While these are still very new initiatives, they should grow over time and help reduce Soulgate's revenue source concentration.

Another risk here is competition risk. In its quest for user growth, the company will find itself brushing up against many larger rivals. Momo, the leading dating platform in China, had 113.8 million MAUs in 2020 -- a user base triple the size of Soul's. Soul is even tinier when compared to social media players like Weibo and TikTok, which have over 500 million MAUs each. Soul may be one of China's most popular apps right now, but it needs staying power to sustain its growth. After all, users and advertisers will naturally gravitate toward the most popular platforms. So Soulgate has to be constantly on its toes, investing heavily to grow its user base and improve its technology. This also means that it will likely remain in the red for years to come.

Luckily for Soulgate, it has the backing of Tencent. Perhaps more than any other company out there, the Chinese tech giant has the financial firepower -- and connection­s -- to steer Soulgate to success.

At this point, it's worth noting we do not know exactly when the Soulgate IPO will take place, or the company's IPO valuation. Bloomberg reported in March that Soulgate had a pre-IPO valuation of "more than $1 billion." At $1 billion, Soulgate would be valued at almost 13 times 2020 sales. That makes it comparable to Kuaishou, which trades at slightly over 13 times trailing-12-month sales.

But investors don't seem to be huge fans of loss-making growth stocks at the moment. Shares of Kuaishou, for example, have shed over 12% after the company reported deeper losses in its most recent quarter.

In addition, regulatory challenges in China and the U.S. could affect demand for Chinese companies trading on U.S. markets. As a result, Soulgate looks set for a shaky market debut. Conservative investors will be better served to stay on the sidelines for the moment and wait to see if the company demonstrates a clearer path to profitability.