Please ensure Javascript is enabled for purposes of website accessibility
Log In Help Join The Motley Fool
Free Article Join Over 1 Million Premium Members And Get More In-Depth Stock Guidance and Research
By Cory Renauer - Jun 23, 2021 at 7:51AM

See if this biotech has what takes to climb even higher.

Shares of Citius Pharmaceuticals (CTXR -2.92%) have shot about 270% higher this year. That's an amazing run for a biotech stock that most of us hadn't even heard of yet.

Now that the stock has produced some eye-popping gains, investors of all stripes want to know if it can deliver more. Let's look at the road ahead of this drug maker to see if it can keep performing for your portfolio or if investors following its big run-up are headed for trouble. 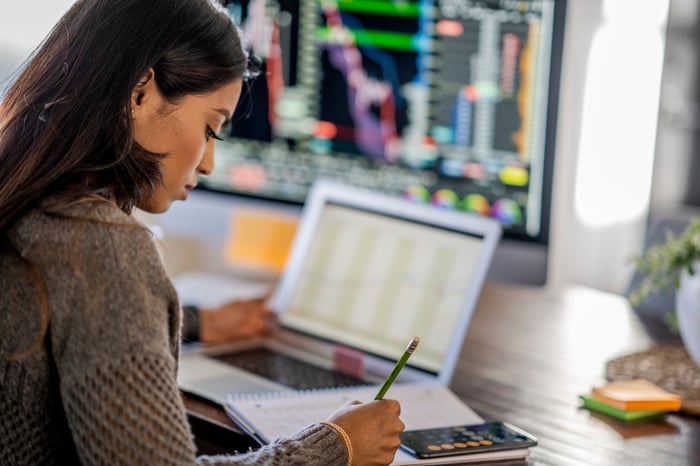 Citius Pharmaceuticals doesn't have any source of revenue at the moment, but that could change if the FDA approves one of four proprietary products currently under development. The company's lead candidate, Mino-Lok, is an antibiotic lock solution for the treatment of patients with catheter-related blood infections.

There aren't any medications specifically approved to salvage a central line once it becomes infected. On Jun. 29, 2021, Citius Pharmaceuticals will unveil the third interim analysis of a phase 3 trial with Mino-Lok that began years ago. If the data proves Mino-Lok outperforms standard antibiotics used in this setting Citius Pharmaceuticals stock could quickly rocket higher.

The next most advanced-stage product Citius Pharmaceuticals has in development is called Mino-Wrap. This is a bio-absorbable film that contains a couple of common antibiotics that could be used to reduce infections associated with post-mastectomy breast reconstruction surgery.

Citius is also developing a potential new prescription-strength hemorrhoid treatment called CITI-002. This is a combination of an inflammation-reducing steroid called halobetasol and a local anesthetic called lidocaine. 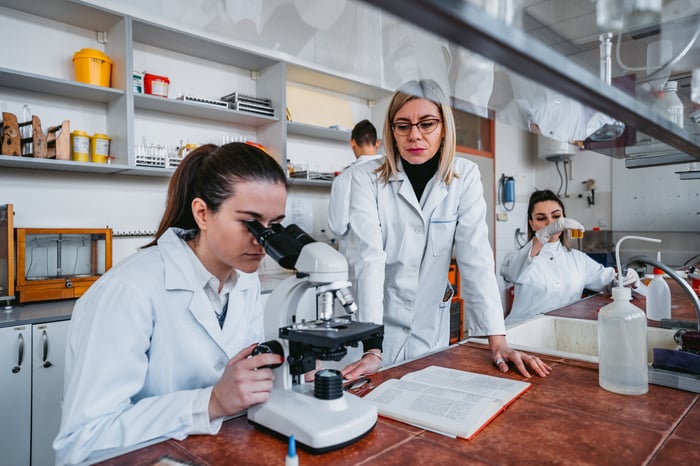 Citius Pharmaceuticals' market cap of around $495 million at recent prices seems like an insanely low valuation for a company with so many irons in the fire. A closer look at the lack of progress this company has made over the years, though, tells a different story.

Citius Pharmaceuticals began a small phase 3 trial with Mino-Lok more than three years ago and the company still hasn't finished enrolling patients. With 25 participating hospitals spread across the U.S., it probably shouldn't take this long to find just 144 people with central line infections.

Slow enrollment could be due to COVID-19 restrictions and lots of exclusion criteria in the trial's protocol. It also looks like healthcare providers don't feel like enrolling patients is worth the effort. Whatever the case, investors need to understand that marketing new drugs to budget-minded hospital systems is an uphill battle in the best circumstances.

It's been more than five years since Citius Pharmaceuticals acquired Mino-Lok as a phase 3 ready program in progress. It's still the only new product candidate the company has in clinical-stage testing.

Last December, the company boasted about some minor dialogue with the FDA concerning an investigational new drug application (IND) for Mino-Wrap, which is a prerequisite to beginning clinical trials in the U.S. This means it will be years before we know if this program has any legs.

It's still too early

If you've been wondering if it's too late to buy Citius Pharmaceuticals you can stop because it isn't. In fact, it's still too early to invest in this slow-motion drug developer at any price.

The lack of progress we've seen from Citius Pharmaceuticals over the years is a red flag. Clinical-stage drugmakers should be trying to reach commercialization as quickly as possible. Investors would do well to drag their feet too whenever they encounter pre-commercial drugmakers that can't move forward at a sensible pace.

Could Citius Pharmaceuticals Be a Millionaire-Maker Stock?