The rise of meme stocks continues, and analysts are now also chiming in.

Meme stocks including GameStop (GME -2.67%), Bed Bath & Beyond (BBBY 1.14%), and Canadian cannabis company Sundial Growers (SNDL -2.81%) continue to march higher. Each of those stocks have jumped more than 20% over the last month. The moves higher continued today, though the stocks are off early session highs. Bed Bath & Beyond shares were up almost 10% early, Sundial shares were 6% higher, and GameStop was up about 4%. As of 10:15 a.m. EDT, each had pared their gains, leaving them up between just 1% and 3%.

Bed Bath & Beyond led the charge early after a Bank of America analyst said it was now time to buy the stock, according to a CNBC report. Analyst Curtis Nagle focused on a recent short-term surge in the retailer's shares, and rated the stock a buy now that it has retraced from the early June pop. 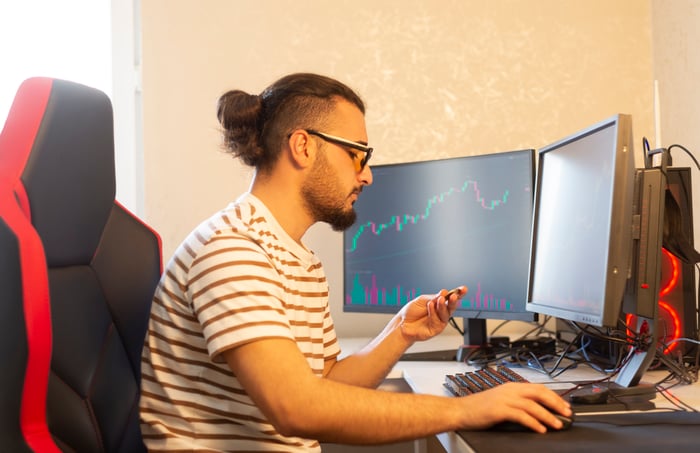 The analyst had previously pulled his buy rating saying the stock was too disconnected from the business after a huge 62% jump on June 2 spurred by retail traders looking for a short squeeze. The stock is down more than 30% since that spike, but is still 25% higher than one month ago.

The actual businesses of all three of these companies are struggling. Bed Bath & Beyond is still recovering from pandemic impacts. Sales in its most recently reported quarter ended Feb. 27 were down 16% versus the prior-year period. The home goods retailer reports its next financial update on June 30. Digital sales have been strong, and investors will be looking for an overall growing business to justify a stock price that has nearly tripled in the last 12 months.

GameStop announced earlier this week that it completed a previously announced share sale to raise capital as it seeks to transition to more of an online business. The company is taking advantage of its meme status and elevated share price, attempting to use added capital to return to profitability. GameStop reported a net loss of about $67 million in its first quarter ended May 1.

Sundial Growers has also been selling shares to bolster its balance sheet. Product price compression in the Canadian marijuana sector and continued pandemic impacts have been negatively affecting its results. Sundial has been selling additional shares as its stock more than doubled year to date. But that is also diluting shareholders. Investors looking for long-term business success are hoping the company can use its cash for an acquisition-heavy strategy.

There is still a disconnect between the goals of retail traders, who turned these into meme stocks, and those of long-term investors. It remains to be seen if a combination of additional capital and business conditions can help justify the levels to which traders have pushed the share prices.