Recessions can be scary for investors because the market can crash and, for some businesses, demand can drop like a rock. But not all businesses are affected the same way during a recession. 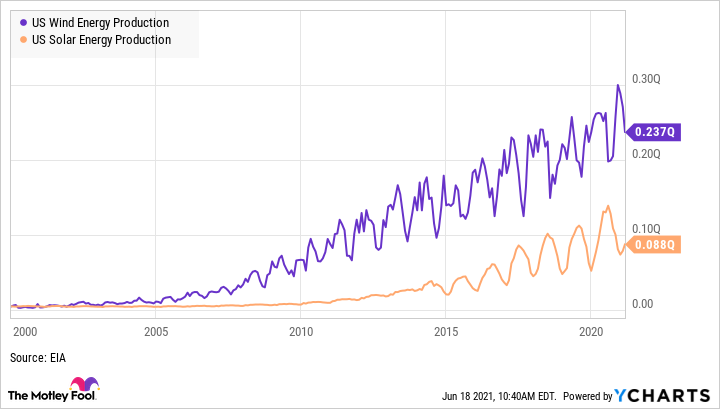 Renewable energy projects are highly dependent on low borrowing costs to be profitable and even a small rise in rates can be a shock to the market. For example, a wind or solar project that generates $1 million in contracted revenue per year for 30 years would be valued at $15.4 million if the required rate of return is 5%, but that value falls to just $11.3 million if the rate of return climbs to 8%. The value of a project plays into how much profit a developer can make and whether the cost structure makes the project financially viable.

During recessions over the past 30 years, interest rates typically fall, especially for short-term debt. Below is a chart of one-year and 10-year Treasury rates and recessions in the U.S., showing that recessions typically correspond with declining rates. Falling rates act as a tailwind for renewable energy, which is why recessions aren't necessarily terrible for the industry. 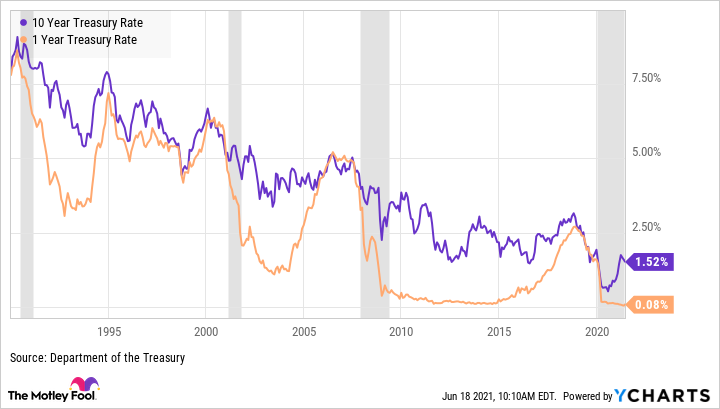 One of the other big tools the federal government has to get out of a recession is stimulus funding. We saw during 2020 that renewable energy is a natural place for stimulus funding to go because it can quickly create installation jobs and onshore energy production in the U.S.

There was also money for advancing clean energy technologies, like energy storage and hydrogen. A company like Bloom Energy (BE -0.34%) could be a natural beneficiary because it's building large-scale hydrogen projects. And given the need for more long-duration energy storage, hydrogen is a likely beneficiary.

It's not always clear who the winners and losers will be going into a recession, but renewable energy has been a favorite area of stimulus funding over the last decade, and that makes recessions a little less scary. 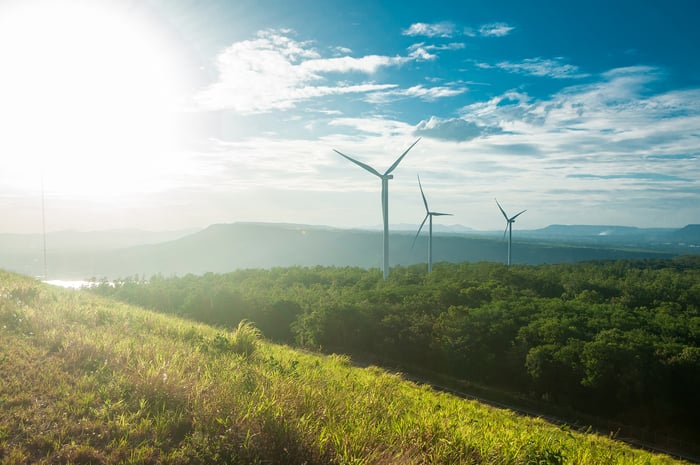 Innovation and progress continues, recession or not

Lower interest rates and the potential for government stimulus are tangible outcomes that happen during recessions, but progress within renewable energy doesn't stop either. Whether or not there's a recession, companies continue to push forward technology that will expand the market for renewable energy.

Innovation and advances in renewable energy don't stop during a recession, and there can be some tailwinds from lower commodity and labor costs that help small, disruptive companies thrive during a recession. In the two years leading up to the financial crisis in 2008 and the resulting recession, SolarCity (now owned by Tesla), Enphase Energy, SolarEdge, and Sunrun were all founded. They not only survived the recession that followed, they thrived, helping drive the next decade of innovation in the industry. We don't know who the winners will be coming out of the 2020 recession or any future recession, but it's a safe bet to say that a handful of renewable energy stocks will be big winners coming out of any recession.

There are unique reasons that renewable energy stocks won't necessarily get crushed in a recession, like falling interest rates, stimulus funding, and lower costs. But the broad trend is that demand for clean energy is increasing, and that's going to overwhelm most other trends long term. Recession or not, the renewable energy industry is built to grow for the foreseeable future.