Please ensure Javascript is enabled for purposes of website accessibility
Log In Help Join The Motley Fool
Free Article Join Over 1 Million Premium Members And Get More In-Depth Stock Guidance and Research
By Will Ebiefung - Jun 29, 2021 at 8:31AM

With the S&P 500 trading at an average price-to-earnings (P/E) multiple of 37, stocks right now are generally trading at a significantly more expensive ratio than their historical average of 16. When that happens, occasionally market corrections follow. While there is no guarantee that a crash is coming, savvy investors might want to take a closer look at rotating or diversifying into some value stocks as a potentially safer option.

Two value stocks to consider at the moment are General Motors (GM 0.05%) and Philip Morris International (PM -0.79%). Both are great deals in the electric vehicle and tobacco industries.

With plans to go all-electric by 2035, GM is a serious contender in the rapidly growing electric vehicle industry. And with a forward P/E multiple of just 8.8, its stock is dramatically cheaper than the current market leader, Tesla, which trades for 108 times forward earnings. Is Tesla overvalued, or is GM undervalued? It's hard to say. But what is clear is that with its dirt-cheap valuation and comprehensive EV strategy, GM is one of the most compelling ways for investors to bet on this opportunity. 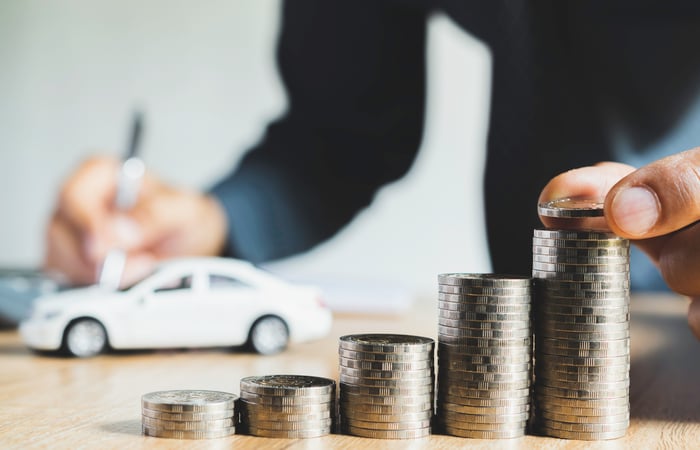 Analysts at Meticulous Research expect the EV market to expand at a compound annual growth rate (CAGR) of 33.6% to roughly $2.5 trillion by 2027 because of supportive government policies and improving battery technology. And unlike rival Ford Motor, which focuses on automotive segments where it's already the dominant player, GM has a broader EV strategy that emphasizes the logistics side of the industry.

In July, GM announced a partnership with Westinghouse Air Brake Technologies to develop Ultium batteries and hydrogen fuel systems for trains. This move follows the creation of GM's subsidiary Brightdrop, which uses its battery technology to build electric delivery products such as the EV600 van and the EP1 moving pallet. GM's Ultium platform (a low-cost lithium-ion battery technology) can be adapted to a wide range of vehicles. And the company has pledged $35 billion to develop at least 30 EVs by 2025.

First-quarter revenue fell 0.72% year over year to $32.5 billion amid the ongoing chip shortage affecting the automotive industry. The company generated a net income of $3 billion in the quarter, and management expects a full-year profit of between $6.8 billion and $7.6 billion in 2021.

The tobacco industry is a favorite of defensive investors who prioritize low valuations and consistent cash flow to fund its dividend payout. Philip Morris International offers both of those perks with its forward P/E of 14.7 and dividend yield of 4.8%. The company's pivot to reduced-risk tobacco products could also boost long-term growth and margins. 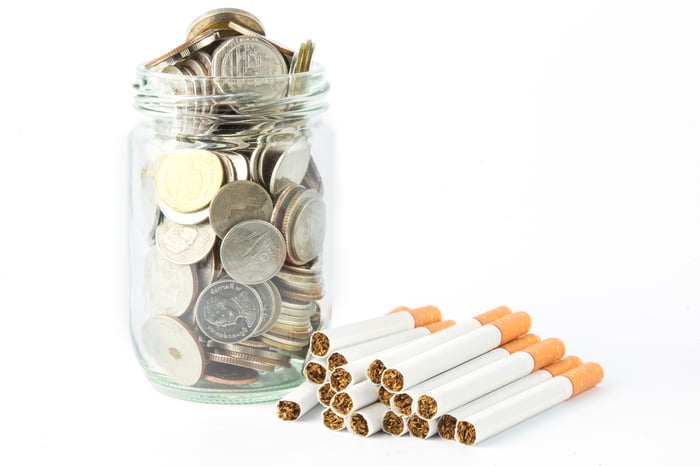 Philip Morris' net revenue increased 6% year over year to $7.6 billion in the first quarter, and operating income jumped 23% to $3.4 billion. Most importantly, the percentage of sales coming from the company's IQOS system now stands at 28% -- up from 21.7% in the prior-year period. That is roughly 22 million units representing $2.1 billion in sales.

IQOS is a tobacco product that releases nicotine by heating, instead of burning, tobacco, reducing the production of harmful chemicals that the user might ingest, according to company research. The FDA has also approved IQOS in the United States, where it sells as a "modified risk tobacco product" through Philip Morris' U.S. partner Altria Group. Philip Morris expects smoke-free products like IQOS to represent 50% of its revenue by 2025, and the transition is already boosting margins.

Philip Morris' gross margin increased from 66.4% to 70.3% year over year in the first quarter. Most of that boost came from higher-margin IQOS sales (along with manufacturing productivity and higher cigarette prices). Management expects organic net revenue growth in the range of 5% to 7% (to roughly $8.1 billion) in the full year 2021.

General Motors and Philip Morris are mature companies with relatively modest growth rates. But they are transforming their business models by pivoting to new technologies like electric vehicles and reduced-risk tobacco products, which can help boost growth and profits. And with P/E multiples of 8.8 and 14.7, respectively, both stocks appeal to value-conscious investors.

Will Ebiefung has no position in any of the stocks mentioned. The Motley Fool owns shares of and recommends Tesla and Westinghouse Air Brake Technologies. The Motley Fool has a disclosure policy.