Please ensure Javascript is enabled for purposes of website accessibility
Log In Help Join The Motley Fool
Free Article Join Over 1 Million Premium Members And Get More In-Depth Stock Guidance and Research
By Jennifer Saibil - Jun 30, 2021 at 7:28AM

Turnaround investments are risky, but they offer the chance to make big gains.

Real turnaround stories for struggling companies are rare. But they exist, and they give investors a great opportunity to find stocks trading cheaply and make gains. These can be risky plays, since cheap stocks are usually cheap for a reason. But if the market isn't confident in a stock's prospects, that doesn't mean you shouldn't be, and it gives you the chance to buy before the market wakes up.

Bed Bath & Beyond (BBBY 32.68%) and Gap (GPS -0.10%) are two companies that were going downhill even before the pandemic, but they've both made major strides since. While their share prices have surged, they're both trading cheaply by standard valuation metrics, and you can still buy them at cheap prices. 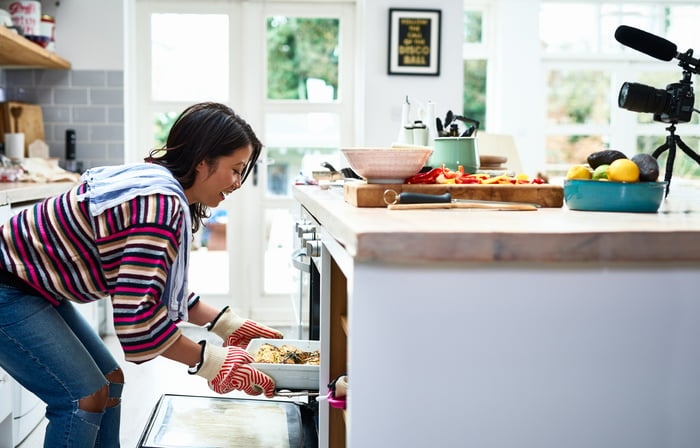 Bed Bath & Beyond has a large and unique market model, which means that when it couldn't grow sales, it really blew it. Management issues created a mess, but the opportunity remains.

Why is the opportunity so strong? The company has many stores with massive reach, targeting a huge swath of the U.S. population with products everyone needs, at reasonable prices. It's solely dedicated to the home, which should be a big draw for people looking for home goods: a destination location that's easy to access, online as well as at physical stores. Bed Bath & Beyond's stores became a morass of hard-to-find products, too often discounted, with a limited e-commerce strategy, and sales tanked.

Where did all the shoppers go? Places like Target, which offers a streamlined, well-priced home collection and many simple, omnichannel shopping options.

The company started to make changes under the new leadership of CEO Mark Tritton before the pandemic, and combined with a consumer focus on the home during that time, the company began its recovery. It expanded its e-commerce program, narrowed its product line, closed stores, sold off brands, and vigorously worked on a new slate of private labels, which Tritton successfully deployed as merchandising chief at Target. Comparable-store sales have increased for the past three quarters, which is quite a feat considering where they were before. The company releases 2021 fiscal first-quarter earnings this week.

A total recovery is not a done deal. Fiscal 2021 guidance is $8 billion to $8.2 billion in sales, which is an 11% to 13% year-over-year decline. Comparisons aren't too meaningful because of the closures of stores and brands, so investors should look to comps as a more accurate measure of progress.

As for the stock, it has gained more than 200% over the past year as of this writing, including 70% in 2021. But it's still trading at a very reasonable 20 times forward one-year earnings, so you can still get in on future gains from this turnaround stock. 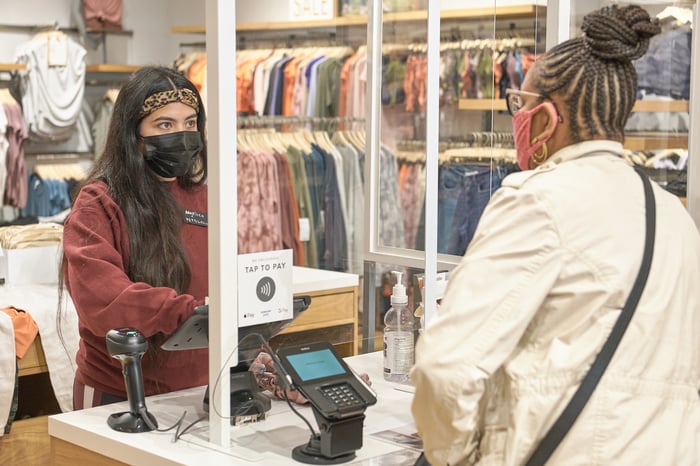 A person making a purchase at an Athleta store. Image source: Gap.

Gap was in a similar situation before the pandemic, with its products not keeping up with the times, despite its status as one of the biggest apparel companies in the U.S. Even as its Old Navy and Athleta banners were growing, its Gap and Banana Republic brands were outdated and foundering.

It was in peril of not having enough cash to survive during the pandemic, but it made moves to stay solvent. And while its fate was up in the air, the company has now landed in a much better place than it was before this all began. During the pandemic, its comfortable basics were in demand, and its strong digital business carried the day. It began climbing out of its hole, culminating in a 28% year-over-year comps increase in the fiscal first quarter, which was up 13% over the 2019 numbers.

That was enough to impress investors, and similar to Bed Bath & Beyond, the stock has gained 235% over the past year as of this writing, including 69% year to date. It's also trading at 20 times forward one-year earnings.

Gap's newest CEO, Sonia Syngal, who led the high-performing Old Navy before being tapped to lead the entire company, is implementing brand overhauls for Gap and Banana Republic, but so far they haven't materially contributed to the full recovery. That didn't stop the company from demonstrating sustained recovery in the first quarter, but it will eventually need to figure out how to make them relevant again or get rid of them if it wants to keep moving forward. In the meantime, investors are confident in the future, and shares are still cheap.

Is There Any Hope for Bed Bath & Beyond?