A flurry of marijuana-related amendments in the Senate boost the prospects for marijuana -- and CBD as well.

Congress is hard at work trying to pass a new law to legalize marijuana (in case you hadn't heard), and as the work progresses, investors in marijuana stocks are starting to get excited.

Curiously, though, the best news today may be on Charlotte's Web -- the stock that's gaining the least. 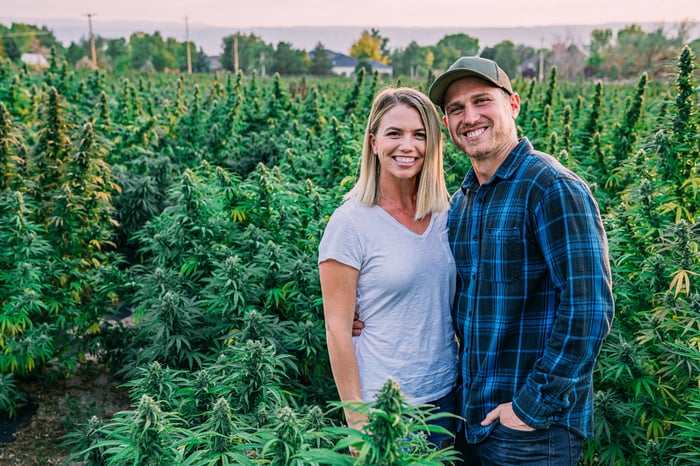 Don't get me wrong -- there's good news for Canopy Growth and Aurora Cannabis, too. As MarijuanaMoment reports, the Senate Appropriations Committee just approved an amendment that would permit doctors at the U.S. Department of Veterans Affairs to recommend that veterans be prescribed marijuana for medicinal purposes in states where this is legal. With medical marijuana legal in 36 states, this promises to be a big boost for the cannabis companies, no matter what other provisions make it into the final bill.

It's just that, to my mind at least, the news on the not-quite-marijuana front is even more optimistic.

As MM also reports today, the Senate Appropriations Committee has also approved amendments that encourage the U.S. Department of Agriculture, Food and Drug Administration, and other federal agencies "to reconsider 'arbitrary' THC restrictions on hemp and continue efforts to develop a regulatory pathway for CBD products," potentially permitting the production of more potent CBD products.

Additionally, MM notes that the committee "wants to make sure that hemp farmers and businesses are eligible to participate in insurance and loan programs" -- another move that would boost businesses such as Charlotte's Web, which rather than producing marijuana per se, focuses on the production and distribution of "hemp-based cannabidiol wellness products."

And if that realization grows, the gains for Charlotte's Web stock in particular could be just beginning.