The new CP bid, which values the target at about $31 billion, is still less than the $33 billion Canadian National deal price. But given the regulatory uncertainty surrounding the Canadian National/Kansas City Southern tie-up, price isn't everything. The Canadian Pacific offer is likely high enough to get the attention of some KCS investors, setting up a dramatic finish to this takeover saga.

The bidding war for Kansas City Southern became public back in March, when KCS announced it had agreed to be acquired by Canadian Pacific for $29 billion. The deal would have been the largest ever between two railroads and would be the first challenge to a moratorium on consolidation put in place by regulators back in 2000.

But Canadian National stepped in with a superior offer, and Kansas City Southern dumped Canadian Pacific after CP failed to sweeten its bid. 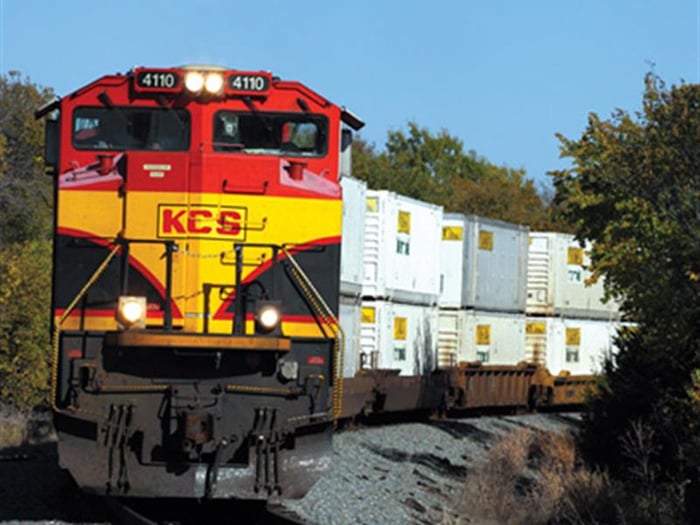 Canadian Pacific in the months since has lobbied Kansas City Southern shareholders to reject the CN offer because of regulatory risk, but the impact has been limited. Shareholder advisory firms Institutional Shareholder Services and Glass Lewis both recommended KCS shareholders vote in favor of the Canadian National offer in part because Canadian Pacific did not provide a viable alternative.

Kansas City Southern shareholders are expected to vote on the CN deal on Aug. 19.

Regulators will have their say

Canadian Pacific is betting it doesn't need to match the Canadian National offer because a CN/KCS combination is less likely to be approved by regulators. The U.S. Surface Transportation Board (STB), which is responsible for reviewing railroad deals, has been against industry M&A for more than two decades because of sparse competition and network disruptions that occurred last time railroads tried to merge.

There is some evidence to back that up. The STB earlier this year approved CP's application to create a trust structure that would provide Kansas City Southern shareholders with their payout prior to the deal winning regulatory approval. A similar request by Canadian National was rejected, although the railroad was allowed to reapply.

Further complicating the M&A efforts, the White House in July expressed concerns that railroad consolidation is a threat to the U.S. economy.

We're nearing the end of the line

There's good reason both Canadian railroads are vying to buy Kansas City Southern: A deal would give either buyer an impressive franchise spanning all of North America, allowing customers access to nearly the entire continent and opening up new opportunities that neither company can offer on their own.

The next few weeks should be pivotal for shareholders of at least two of these three railroads. Canadian National, thanks to its existing size and network, is set up well to thrive even if its deal falls through. But for Canadian Pacific this could be the last, best opportunity to bulk up its network. And Kansas City Southern shareholders could see the stock price fall back to pre-deal levels should regulators decide to play hardball.