Please ensure Javascript is enabled for purposes of website accessibility
Log In Help Join The Motley Fool
Free Article Join Over 1 Million Premium Members And Get More In-Depth Stock Guidance and Research
By Jason Hawthorne – Aug 24, 2021 at 7:10AM

Even the median estimate would be a 70% gain.

When a stock nearly triples in its first year as a public company, people tend to notice. That was the case with Inari Medical (NARI -2.06%). The company went from one analyst covering it last year to six -- all but one with a buy rating -- heading into its first quarter earnings report this May. Despite posting robust growth, the stock has gotten crushed in the months since. Its most recent results only worsened the skid.

Now, with the stock down 43% from its highs, the six analysts that cover Inari have a median price target of $119 per share. The highest is predicting $140 -- that's almost double the current price. Let's dig in to see if that's a realistic expectation or if downgrades may be on the horizon. 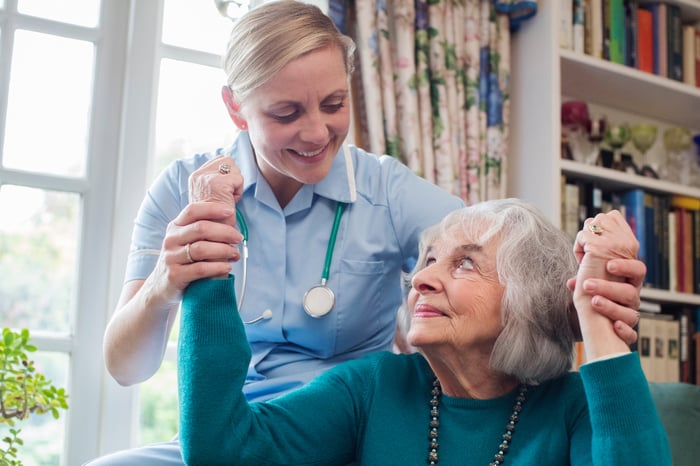 Why were investors so excited?

Nothing gets Wall Street quite as excited as growth. And hypergrowth -- adding more sales per quarter than many companies do in a year -- is especially intoxicating. The stock market is currently full of companies that have parlayed dizzying growth into extremely high valuations. Many won't live up to the hype -- but some will. And that's the draw.

After its initial public offering (IPO) last year, Inari was flying high. Management identified a $3.6 billion market with only 2% of the business currently captured by the company. It was a good story of rapidly growing into an enormous opportunity. That helped the stock to trade at a multiple of 25 to 35 times sales last year.

Why did they sour on the stock?

Cracks began to show in the company's first quarter earnings release this year. Revenue and procedure growth slowed more than expected. More notably, CEO William Hoffman acknowledged the slowdown in procedures could be the result of fewer COVID-19 patients in the hospital. Until then, the company had consistently pointed to the disease as a hindrance to growth. More of the same followed in the latest quarter, when investors seemed shocked by the numbers.

Wall Street is now left wondering how much of last year's growth was related to the pandemic and how much was due to organic demand. Guidance might offer a clue. And it doesn't bode well for shareholders.

Despite the somewhat disappointing results of the second quarter, management still raised full year revenue guidance to between $250 million and $255 million. Raising guidance is usually greeted with cheers and green candles on the stock chart. In this case, it implies slower growth is here to stay.

The company has already posted nearly $121 million in revenue through the first six months of 2021. That means the remaining six months will deliver between $129 million and $134 million. Taken together, growth for the remainder of the year is expected to be about 9% higher than the January to June period.

If that holds true, the days of hypergrowth are long gone. Despite the implications -- and having already fallen a lot -- the stock still trades at 21 times sales. That's a lofty multiple for a company growing at a pedestrian pace. Either management is being overly conservative or analysts see something the company doesn't. Otherwise, it would make sense for those price targets to come down.

Perhaps it's the elevenfold increase in COVID-19 cases since mid-June. If procedures do ramp back up, it will be interesting to hear whether management characterizes the outbreak as the brake or accelerant in terms of business. In its short history as a public company, it has been portrayed as both.