Encouraging news out of Washington continues to stoke investors' hopes for this hydrogen stock.

After dipping 3% last week, shares of Plug Power (PLUG -4.32%) recovered on Monday and continue to climb. After inching higher yesterday, investors' appetite for the fuel cell stock is staying strong today; Plug's stock is up 2.2% as of 11:57 a.m. EDT.

While there's no company specific news behind the stock's rise, investors seem spurred to pick up shares today as momentum continues to build regarding President Joe Biden's infrastructure bill. 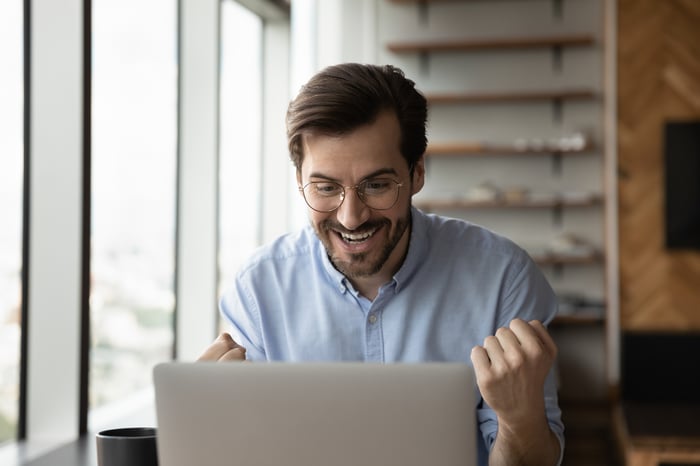 While the infrastructure bill made it through the Senate a couple of weeks ago, the legislation's arrival on Biden's desk has seemed somewhat doubtful since it arrived in the House, where it has been at the center of political wrangling revolving around a separate $3.5 trillion bill that addresses education, healthcare, and other issues.

Last night, however, those in favor -- like Plug Power investors -- of seeing the legislation make it through the House celebrated a minor victory. Lawmakers reached a compromise that allows both bills to move forward in addition to agreeing that the infrastructure bill will be voted on by the end of September.

Voicing his approval of the deal, Biden said: "Today, the House of Representatives has taken significant steps toward making historic investment that's going to transform America, cut taxes for working families and position the American economy for ... long-term growth."

Investors are acutely focused on the infrastructure bill as it has the potential to spur the adoption of fuel cells in various industries. The legislation includes $73 billion in funding, for example, in innovative energy projects like advanced nuclear energy and clean hydrogen. Plug Power hopes to achieve daily green hydrogen production of 500 tons by 2025 and 1,000 tons by 2028.

Although the progress the infrastructure bill is making through Washington is a positive sign for fuel cell focused investors, prospective Plug Power investors should exercise caution before starting a position. While the company has emerged as a leader in fuel cell solutions, competition in the space is ramping up as other businesses recognize the sizable opportunity that the burgeoning hydrogen economy seems to represent. Plug Power's growth, therefore, is far from a guarantee.