Fuel cell stocks are back in focus on Wall Street.

Oftentimes, news relating to any one of these companies will be enough to buoy its peers, but that's not the case here. Instead, it seems that investors looking more favorably on these stocks in response to word out of Washington. 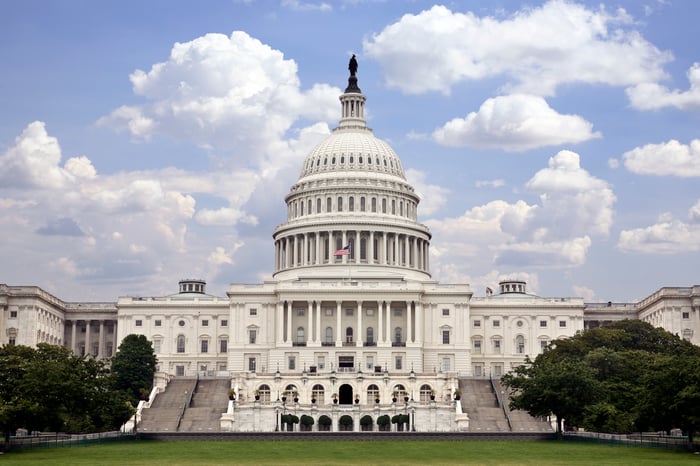 The driving force behind Monday's fuel cell stock price gains seems to be the attention that House Speaker Nancy Pelosi gave to the infrastructure bill over the weekend. According to Reuters, Pelosi revealed on Saturday that she intends to have the House of Representatives pass the $1 trillion bipartisan package by Oct. 1. It cleared the Senate two weeks ago.

The infrastructure bill should provide notable support for the nascent hydrogen fuel cell industry -- and other renewable energy segments -- so investors with an interest in the sector are closely following its progress through Congress. The legislation includes a $73 billion investment in clean energy, including hydrogen, as well as $39 billion to modernize transportation infrastructure such as railroads -- something that Ballard Power Systems is particularly focused on, and which management discussed in depth on its Q2 conference call.

While the infrastructure bill seems to have stalled in the House, Pelosi's commitment to getting it passed before Oct. 1 is a welcome sign for investors in fuel cell stocks, who have high hopes that it will produce major tailwinds for the companies in that sector. It's important to recognize, however, that investments in companies like Plug Power, Ballard Power Systems, and FuelCell Energy still carry considerable risks. In addition, there are plenty of other infrastructure stocks that investors could consider that will also benefit from the passage of the funding package.