Investors fret that institutional holders might soon be selling.

Private aviation membership service Wheels Up Experience (UP 4.72%) is losing altitude on Wednesday, weighed down by fears that institutional holders might look to liquidate some of their shares. The stock opened down more than 10% on heavy volume. 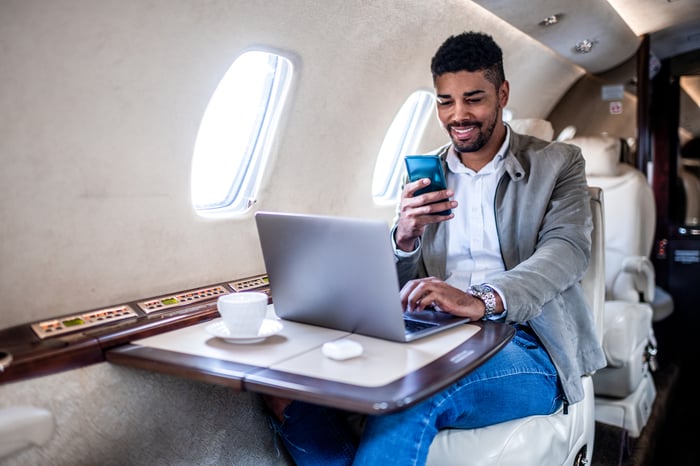 Those investors were initially restricted against selling the shares they bought, but the lockup provisions are set to expire, freeing them to do what they want.

Given that Wheels Up has a relatively small float (the number of shares available for trading), investors are worried that a rush to sell will put downward pressure on the share price. On Wednesday, more than 1.6 million Wheels Up shares were traded in the first half-hour. That's more than the company's average daily volume of 1.1 million shares.

The actual Wheels Up business appears to be on course. Earlier this month, it reported its first earnings as a public company, growing revenue by 113% to $285.6 million while only slightly increasing its net loss to $29 million.

Lockup expirations and the panic they tend to cause are unfortunate facts of life for investors dabbling in small companies, and in particular SPAC deals. But long-term holders would do well to ignore the noise.

It's worth noting that just because investors can sell, there is nothing to say they will. Since the share price is well below the $10 SPAC offering price, there isn't a lot of reason to head for the exits at this moment.

Wheels Up is a small company in a competitive market, and it remains a speculative investment that should be limited to a small part of a diversified portfolio. But investors would be wise to focus on how the business is doing and ride out this near-term stock-related turbulence.

Why Shares of Wheels Up Experience Are Losing Altitude Today

Why Wheels Up Stock Is Going Up Today
376%