The stock market started September with mixed performance from major indexes, as many investors looked forward to employment data due out Friday to give a hint on the future direction of the market. The Nasdaq Composite (^IXIC -0.18%) managed to climb to another record high, but the S&P 500 (^GSPC -0.12%) was just about unchanged, and the Dow Jones Industrial Average (^DJI 0.10%) actually gave up ground.

The string of high-profile earnings reports continued after the market closed on Wednesday, and some stocks took big hits despite companies offering relatively strong results. Among the big decliners on the day after hours were Chewy (CHWY 1.28%) and Veeva Systems (VEEV -8.63%). Below, we'll look into both companies and their latest reports to see if there's any reason for the stock price declines.

Every dog might have its day -- but not today

Chewy announced its second-quarter results after the bell on Wednesday. The pet retailer's stock promptly fell sharply, down 9% as of 5:30 p.m. EDT.

Chewy's numbers didn't seem to deserve such a negative reaction. Revenue grew at a 27% pace year over year to $2.16 billion. Gross margin figures rose by 2 full percentage points. Chewy saw the number of active customers rise by 21% from year-ago levels to more than 20 million, and average sales per active customer picked up 13% over the same time period to more than $400. Chewy posted a modest loss, but free cash flow came in positive after a substantial negative result the year before. 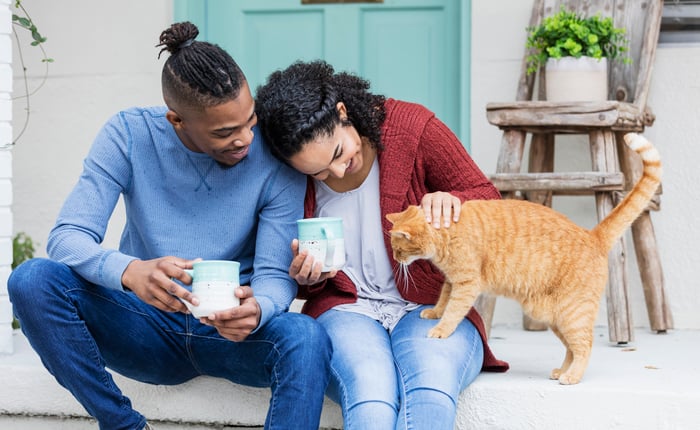 Yet investors responded poorly to some issues Chewy continued to face. Out-of-stock items remained at elevated levels during the period, although the situation improved somewhat from three months ago as supply chain issues improved in some cases. Moreover, production-capacity issues continued to plague Chewy in key areas like wet dog food sales.

Nevertheless, Chewy is excited about its opportunities for growth. In particular, the launch of the Chewy Health veterinarian marketplace on the company's website aims to provide an alternative to some of the pet-focused websites that rivals have spawned, instead making direct connections with thousands of veterinary clinics to build up the value of the Chewy ecosystem. Combine that with favorable trends toward pet ownership, and that makes it easier to see the after-hours drop as a bargain opportunity.

Veeva had plenty of good things to say about the most recent quarter. Overall revenue climbed 29%, tracking the rise in subscription services sales perfectly. Adjusted net income came in up 31% year over year to $152.7 million, and adjusted earnings of $0.94 per share were above what most investors had expected from the cloud stock.

Yet investors didn't seem satisfied with the view Veeva has of its immediate future. The company projected third-quarter sales of between $464 million and $466 million and earnings of $0.87 to $0.88 per share, which were only slightly above expectations. Similarly, full-year guidance for sales of $1.83 billion to $1.835 billion would represent growth rates of just 25%, and adjusted earnings projections of $3.57 per share would still leave the stock's earnings multiple above 90 before the after-hours drop.

Even with the drop, Veeva is still up 20% just since May. If the life sciences industry shows renewed growth, then it could help Veeva's stock recover.

Chewy Is Down, but This Stock Is Really in the Doghouse

Stock Markets Soar, but Investors Are Fleeing These 2020 High-Flyer Stocks

How Far Will These Stock Market Favorites Fall?

Why the Stock Market Tanked Today
376%