Mixed news feels like good news for most cryptocurrencies today.

As the week draws to a close, cryptocurrency prices are looking decidedly mixed in Friday morning trading. Here's how prices for several of the biggest names in cryptocurrency stand as of 10:10 a.m. EDT: 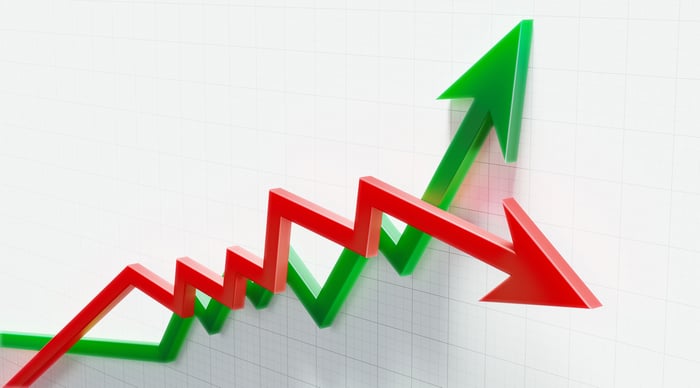 Meanwhile, the headlines on cryptocurrencies look just as mixed.

As Coindesk reports this morning, China -- whose crackdown on cryptocurrencies sparked a panic and crashed crypto prices early in the summer -- appears to be done wielding the hammer. China "has completed rectification" of the crypto market, reports Coinbase, and now that most crypto mining hubs in the country have been shut down, and the government has told financial institutions to refrain from "conducting or enabling virtual currency transactions and trading," no further regulations on cryptocurrencies are anticipated.

Granted, the regulations already passed appear to have basically removed the world's most populous nation from the cryptocurrency market, which won't be good for growth trends. But at the very least, China doesn't seem to be planning to wreak any further havoc on the market -- and so crypto investors can heave a sigh of relief on that score.

And there's further news today from the world's second most populous nation. As India's The Economic Times reports, Indian legislators are hard at work on a new bill that will break cryptocurrencies into one of three categories: those used for investment, for payments, or serving as a form of "utility." The bill will also, if it becomes law, classify all cryptocurrencies as a form of commodity asset.

Is this good news or bad news? Well, when you consider that barely a week ago, The Economic Times was wondering aloud whether the Indian government might ban cryptocurrencies entirely, the fact that now the government just wants to regulate and even institutionalize crypto has to be seen as a positive.

I'd even go so far as to say that, even with India's bill not yet passed into law, the change in sentiment here is a good one for cryptocurrency investors. In India as in the U.S., while crypto traders might buck at the idea of government interfering with their fun, well-thought-out regulations have the potential to cut down on fraud and abuse that might scare serious investors away from investing in cryptocurrency. Regulation has the potential, too, to calm price swings and volatility in this market, transforming crypto into more of an investment and less of a speculation.

If you ask me, that's a good thing -- and a reason for crypto prices to rise.

Jim Chanos Is Right About Coinbase
376%