But there are stocks with great growth prospects that are available at discounts right now. Buying these three beaten-down growth stocks could make you a fortune over the next five years. 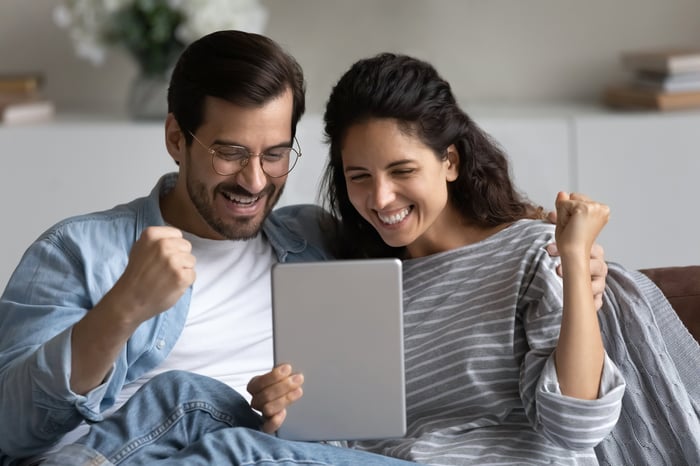 Shares of Brookfield Renewable Partners (BEP 1.08%) are nearly 16% below the peak from early this year. Brookfield Renewable Corporation (BEPC 0.80%) trades at an even steeper discount with shares 28% below the high set in January. There's only one underlying business behind both renewable energy stocks, but a secondary stock offering for BEPC in February caused its share price to fall more than its limited-partnership sibling.

While both stocks are down, Brookfield Renewable's business remains as strong as ever. The company reported funds from operations (FFO) in the second quarter that were 23% higher than in the prior-year period.

The renewable energy provider's prospects are arguably stronger than ever. The demand for renewable energy will almost certainly increase significantly over the next few years as countries and major corporations try to meet their aggressive carbon reduction goals.

Teladoc Health (TDOC 0.69%) has lost roughly half of its value since earlier this year. The primary reason behind the decline is Teladoc's slowing membership growth. But a tapering-off is to be expected after the company's astronomical pandemic-fueled membership surge in 2020.

There are several other metrics that underscore just how solid Teladoc's business really is. The company's total visits continue to climb. Utilization rates are growing robustly as well.

More importantly, Teladoc's growth opportunities look great over the near term and long term. The company's new agreement with Health Care Service Corporation should boost revenue beginning in early 2022. It's also possible that the emergence of new coronavirus variants could provide additional catalysts for Teladoc.

Over the longer term, the demand for virtual care is likely to increase significantly. McKinsey & Company projects that the virtual-care market in the U.S. alone could grow to $250 billion. Teladoc should be poised to win big over the next five years.

Like Teladoc, Zillow Group (Z 0.94%) (ZG 0.71%) shares are close to 50% below the highs set earlier this year. The main problem for the online real estate company is that it failed to deliver the bottom-line results that investors expected. That should only be a temporary issue.

Zillow's units that buy and sell homes and finance mortgages are still in their early innings. As these businesses scale up, they should drive significant growth for the company and help it become consistently profitable.

Its total addressable market stands at close to $1.9 trillion. And that figure doesn't include potential adjacent markets that the company could enter, such as home insurance and renovations. The stock is still priced at a premium even after its big pullback. However, with its potential to further disrupt the real estate market, Zillow looks like a great long-term pick.