Axsome Therapeutics (AXSM 6.85%), a clinical-stage biotech focused on the development of drugs for central nervous system disorders, had a seriously rough August. The biotech's shares slipped by an eye-popping 47.1% last month, according to data provided by S&P Global Market Intelligence. 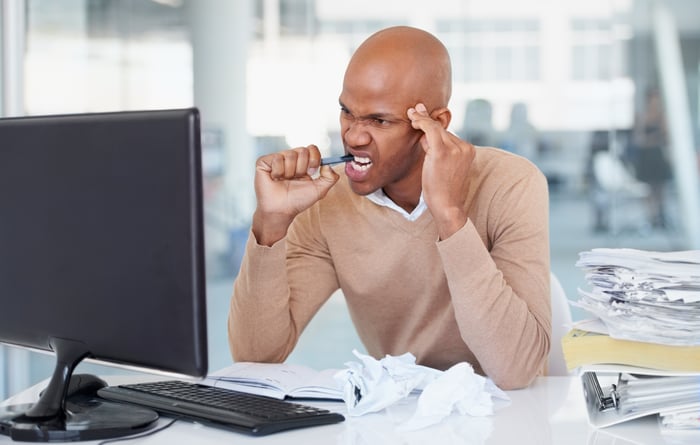 The big deal is that AXS-05's major depressive disorder indication is estimated to be worth north of $1.3 billion per year in sales at peak. That's an enormous amount of potential revenue for a company with a market cap of less than $1 billion -- and a big reason why Axsome was one of the hottest names on the Nasdaq Stock Market not that long ago.

The silver lining for shareholders is that Axsome will probably get AXS-05 approved for this lucrative indication at some point, given the drug's outstanding late-stage trial results. So the burning question for investors is when this all-important will catalyst materialize.

Now, the FDA's inability to wrap up the drug's review in a timely manner might be a sign that those deficiencies may not be a showstopper during this current review cycle. Then again, this regulatory delay could also be nothing more than a byproduct of the agency's strategic decision to prioritize COVID-19-related activities.

Most likely, the latter will turn out to be true in this case. The FDA, after all, almost certainly would have initiated labeling discussions with the company by now if an approval was forthcoming.

Should bargain hunters take advantage of Axsome's hefty pullback ahead of the FDA's final decision on AXS-05? This situation presents an intriguing scenario for risk-tolerant investors. The biotech's shares are unlikely to drop much further on a formal rejection.

Moreover, Axsome sports a robust portfolio of other experimental central nervous system medications and AXS-05 ought to get the green light for major depressive disorder one day. So, if you're an aggressive investor, this beaten-down biotech may indeed be worth the risk.