This hot cloud stock could grow a lot bigger over the next decade.

As of this writing, Snowflake is worth about $93 billion -- compared to Salesforce's market cap of $261 billion. Snowflake is still a smaller and younger company than Salesforce, but could it actually surpass its big backer's market cap by 2030? Let's examine their growth rates and valuations to find out. 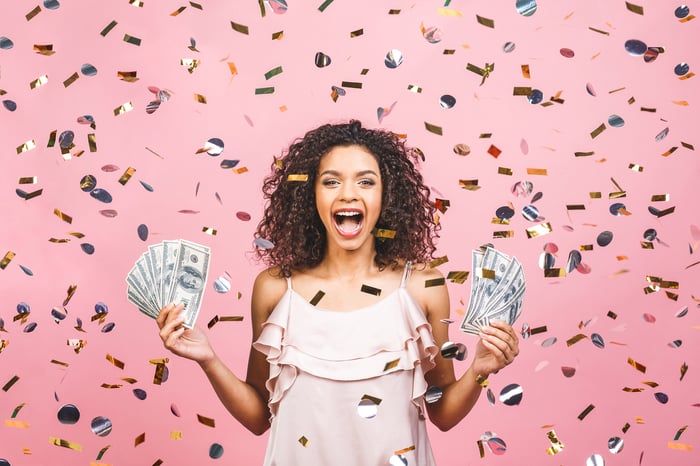 The differences between Snowflake and Salesforce

Snowflake and Salesforce both provide cloud services that simplify tasks for large companies. Snowflake's platform collects data from various computing platforms and software applications across an organization, then organizes and stores that information in a central cloud-based location where it can be easily accessed by third-party apps and data visualization services.

Snowflake and Salesforce provide different services, but both companies break down silos for large organizations, help them streamline their businesses, and enable them to make data-driven decisions.

Both companies have ambitious long-term goals

Snowflake expects its number of larger customers (those that generate more than $1 million in annual product revenue) to rise from 77 in fiscal 2021 to about 1,400 in fiscal 2029, and for its average revenue from those top customers to increase from $3.4 million to $5.5 million.

If Snowflake achieves those goals and grows its revenue by 40% over the following two years, it could potentially generate roughly $20 billion in annual revenue by fiscal 2031, which includes most of 2030.

Last December, Salesforce predicted it would more than double its annual revenue, from $21.25 billion in fiscal 2021 (which ended this January) to over $50 billion in fiscal 2026, at a CAGR of 19%. It expects that growth to be driven by the long-term growth of all of its end markets.

If Salesforce hits that target, then continues to grow at a more modest CAGR of 15% from fiscal 2026 to 2031, it could double its annual revenue again to approximately $100 billion by calendar 2030.

Which company will be worth more in 2030?

Meanwhile, investors might pay a slightly higher premium for Salesforce, since it's consistently profitable by GAAP and non-GAAP metrics and operates a much larger and diversified business than Snowflake. Therefore, Salesforce could be worth a lot more than $1 trillion by 2030.

However, Snowflake also faces more competition than Salesforce -- especially from similar data warehousing solutions from Amazon Web Services (AWS) and Microsoft's Azure. Salesforce leads the cloud CRM market by a wide margin, and it can leverage that dominance to expand its other cloud services.

Both of these stocks could head higher over the next decade. However, Snowflake will remain a riskier play with bigger potential gains, while Salesforce will provide a much better balance of value and growth.