Here's how this intriguing token can shine a shimmering starlight on your portfolio.

Editor's note: This article has been corrected. Stellar's decentralized exchange is built into Stellar.

While developers of most cryptocurrencies hope one day that their tokens will go to the moon, the team behind Stellar Lumens (XLM 0.37%) has their eyes set on the distant stars. Well, that's figuratively speaking, but the non-profit Stellar Development Foundation came into play with the altruistic goal of creating a borderless blockchain payment network that helps the underbanked in poor and developing countries.

But its early investors have greatly benefited from the network as well. Those who bought a stake at its inception are now sitting on a stunning 15,000% return after seven years. XLM is now the 18th largest cryptocurrency in the world, with a market cap of $7.5 billion. That is despite fierce competition from XRP (XRP -0.18%) and its developer, Ripple Labs. So, can new investors see the same interstellar jump in XLM's price if they buy now? 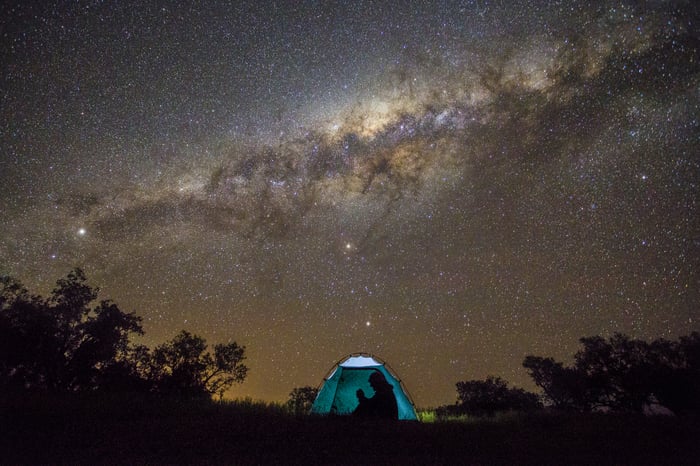 XLM was created by Jed McCaleb and former lawyer Joyce Kim in 2014. McCaleb was previously co-founder of XRP and Mt. Gox, the first Bitcoin (BTC -0.26%) exchange in the world. McCaleb left Ripple Labs in 2013 after a disagreement with the latter's vision of creating a for-profit, institutional payment network. Mt. Gox shut down in early 2014 after experiencing the mother of all Bitcoin hacks -- resulting in the siphoning of nearly 800,000 BTC by hackers, leaving it insolvent.

At its inception, the founders planned to mint 100 billion stellar and give 50% away to users who sign up, 25% to charities, and 20% to both XRP and Bitcoin holders. Unfortunately, that plan never took off.

It was clear that the Stellar Development Foundation was not going to fulfill its goals anytime soon. Biometric-secured, phone-based electronic payment systems, such as those provided by South African fintech Net1 UEPS Technologies (UEPS 3.72%), are far more straightforward to use and better serve the needs of those without a bank account. To use XLM, one must first understand blockchain technology, which can be a tough sell to folks like warrior-nomads in South Sudan. What's more, keep in mind that XLM users will still need to find an exchange to convert their coins into fiat after receiving them. But often, the only way to cash out is to make a withdrawal request to one's bank account.

Currently, XLM has a total supply of around 50 billion, with a circulating supply of roughly half that amount. As of the time of this writing, only 4.6 million tokens, worth about $412,650, have been donated to 17 charities as part of the foundation's non-profit arm, Lumenthropy. But one cannot say the same for its commercial arm, Interstellar. 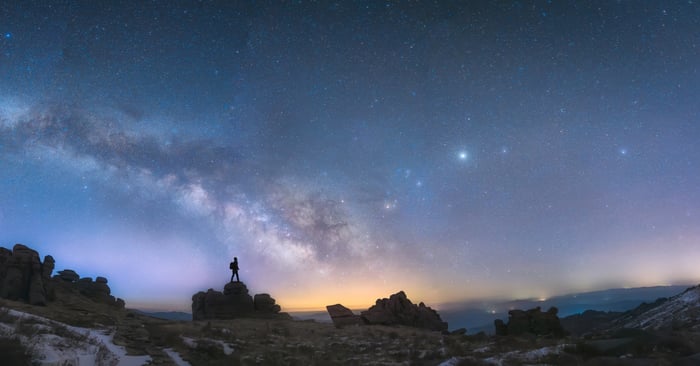 The galaxy is the limit

Together with fintech start-up Tala, Visa (V 0.97%) is bringing the USD stablecoin USDC (USDC -0.02%) to consumers on the Ethereum, Algorand, Solana, and Stellar blockchains. The move would allow Tala's customers to use USDC as tender at more than 70 million merchants worldwide that accept Visa. Stablecoins can be taken out as asset loans when investors pledge their cryptocurrency as collateral, allowing them to keep up with everyday expenses without selling their investments. It's not only Visa. Last year, Bankhaus von der Heydt, one of the oldest European banks (founded in 1754), launched the euro stablecoin EURB on the Stellar blockchain.

Transactions on the Lumens network settle in as little as five seconds and cost less than pennies, making them ideal for both international and consumer transactions. They are ideal for disrupting the traditional banking sector, which can charge hefty foreign exchange fees for cross-border transactions. The setup works because the Stellar Consensus Protocol (SCP) utilizes nodes, or individual users running Stellar's software, to validate transactions. This is done pro bono, similar to how writers contribute on Wikipedia for no pay for the good of all humanity. So network transaction fees and environmental emissions are always low. The network is also no longer inflationary, with new block emissions halted and a portion of transaction fees taken out of circulation per use.

Furthermore, Stellar is evolving into a cyberorganism distinct from that of its main competitor Ripple Labs. For starters, it has its very own decentralized exchange (DEX) that allows users to trade crypto-crypto currency pairs. Due to regulatory restraints, DEXs are one of the only ways American investors can access the lucrative altcoin market. DEXs like Uniswap, which launched in 2018, are already seeing over $380 billion in annual trading volume. That's not all; Stellar also runs a fiat-crypto gateway exchange, allowing users to cash out with euros or the Chinese yuan.

Finally, unlike Ripple Labs, neither the Stellar Development Foundation nor Interstellar nor any of its syndicates are facing a crippling lawsuit from the U.S. Securities and Exchange Commission alleging the illegal sale of unregistered securities. This is, ironically, despite Stellar minting all of its coins from the start like Ripple Labs did with XRP. So it does not face hesitation in adoption due to regulatory scrutiny. Overall, due to its unique network setup, promising partnerships, expansion into decentralized finance, distinct niche compared to XRP, and lack of legal issues, XLM is definitely one of the top cryptocurrencies to buy right now. Consider becoming a Lumenaut today, which is slang for a proud owner of XLM.

Can the Cryptocurrency Stellar Ever Reach $1?

This Underrated Crypto Could Skyrocket in 1 Year

1 Cryptocurrency That Even This Skeptic Is Buying