As a result of this slowdown in lending, Mr. Cooper Group (NASDAQ:COOP), a residential mortgage lender, is trading at a discounted price-to-earnings (P/E) ratio around 2.8. Given this change in the mortgage market, the lender has spent 2021 making strategic moves, shedding assets to become a "mega servicer" -- a move it thinks will help the business thrive in the long term. With its cheap valuation and strategic shift, is Mr. Cooper Group a buy?

Low mortgage rates benefited the lender, but a slowdown is on the horizon

Mr. Cooper Group is an originator and servicer of residential mortgage loans. In 2020 the lender's origination segment saw good volume growth and higher margins as a result of the low interest rate environment. During 2020, revenue for the lender grew at an impressive 36% clip.

In its most recent reporting quarter, Mr. Cooper Group saw revenue of $574 million, down 7% from the same quarter last year. Through the first half of 2021, total revenue is $1.8 billion, up 108% from last year. However, investors should remember that this comparison includes the first quarter of 2020, which saw the economy, and mortgage originations, come to a screeching halt. 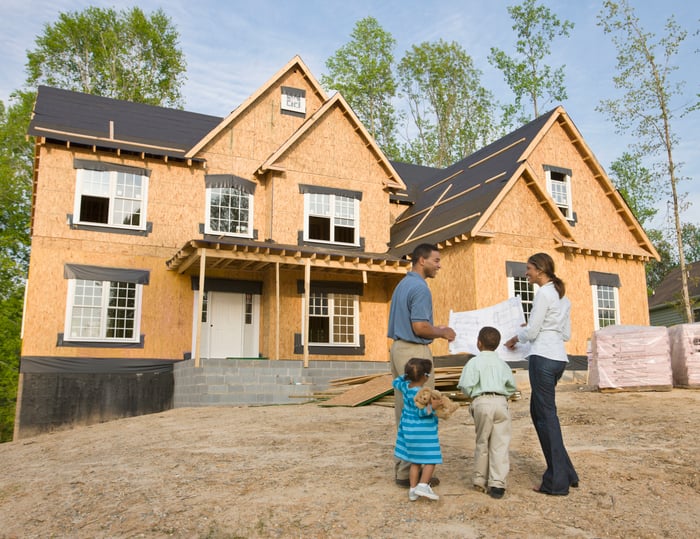 The company saw a boost in other income during the second quarter as it sold its title business to Blend Labs for $500 million. The sale gave Mr. Cooper Group a $486 million gain reported as other income for the quarter. The sale also generated a net income of $439 million, up dramatically from $73 million in the same quarter last year; diluted EPS for the second quarter was $4.85, up from last year's $0.77.

One reason Mr. Cooper Group and other mortgage lenders have such low P/E ratios is due to the cyclical nature of the mortgage-lending business resulting from its relationship to mortgage rates. Mr. Cooper Group benefited from 2020's low rates, and the year's active refinance and purchase mortgage markets. These factors led to impressive growth on the top and bottom lines -- gains which are hard to repeat. As a result, mortgage lender stocks, like Mr. Cooper Group, tend to trade at cheap valuations. As lending activity slows down, investors begin pricing in reduced revenue and slower income growth.

Economists at Freddie Mac forecast total mortgage originations for 2021 to be $3.9 trillion, up from this federally sponsored company's previous projection of $3.5 trillion forecast back in April. According to Sam Khater, chief economist for Freddie Mac: "Despite the housing market's recent highs, there are indications of softening demand in recent home purchase mortgage applications data. We expect refinance activity to soften as higher mortgage rates dampen activity."

Freddie Mac projects next year's originations will decline to $2.6 trillion.

In response to the slowdown of origination activity and related rise in mortgage rates, management is positioning the company as more of a mortgage loan servicer, collecting payments and maintaining records, to better position itself for the next few years.

The company has set a target of $1 trillion in unpaid principal balance (UPB). UPB represents the amount of unpaid principal on its mortgage loans. Management uses this metric along with service fees to estimate future revenue streams from its servicing portfolio. Mr. Cooper Group currently has $654 billion in UPB, up nearly 14% from Q2 2020.

Positioning itself for industry consolidation

Mr. Cooper Group management sees massive consolidation coming to the mortgage-lending industry. It foresees a market dominated by a few companies it calls "mega servicers." In order to become one of these mega servicers, the company has been shedding assets, building up its balance sheet, and positioning itself for the future.

On Aug. 23, the lender announced its sale of Xome to Voxtur Analytics. The sale is expected to close in the third quarter. In the past year, the company has also sold off its reverse-mortgage servicing portfolio as well as its title business. Exiting these businesses "will help us focus on the core business" according to CEO Jay Bray. Their sale also helps boost the company's capital ratio above its 15% target.

Mr. Cooper Group has made strategic moves that will benefit its business in the long run. It has expectations of being one of the leading servicing companies in the country. It knows origination activity will slow down as mortgage rates normalize and the economic recovery continues. While these moves position the company well, it's still a highly cyclical business and sensitive to mortgage rates. This is a stock I'll be avoiding for the time being.