A possible oral COVID-19 treatment is weighing on the shares of vaccine markers like Dynavax today.

Dynavax Technologies (DVAX 1.45%), a small-cap vaccine and immunotherapy company, is having another volatile day. Shares of the vaccine specialist are down by an eye-popping 17% as of 10:38 a.m. EDT Friday morning.

The biotech's shares are on a wild ride yet again because of news from pharma titan Merck (MRK -0.72%). Merck and its partner Ridgeback Biotherapeutics reported that their oral antiviral pill slashed hospitalization rates in adult COVID-19 patients by half. What's more, the duo noted that no patients on the drug died in the study. Eight people in the placebo component of the trial passed away. 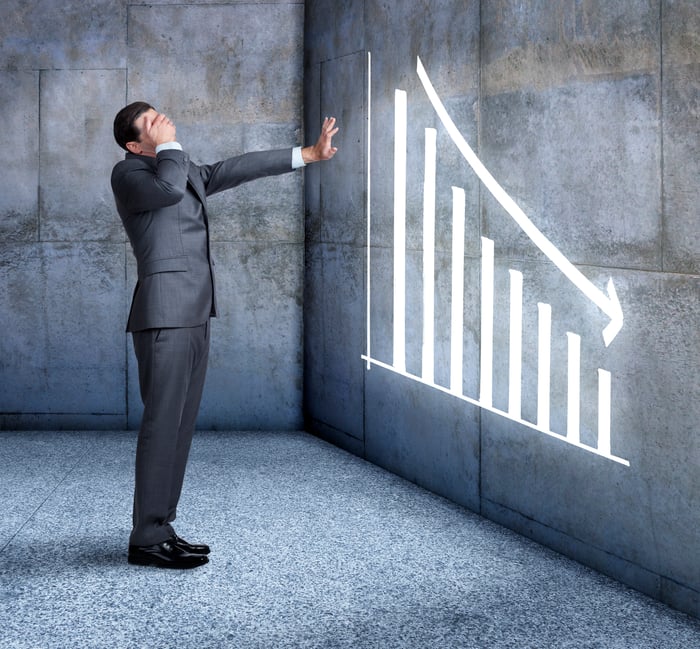 Dynavax is collaborating with multiple vaccine developers on responses to the COVID-19 pandemic. Specifically, the biotech has several partnering agreements with various biopharmas regarding its adjuvant CpG 1018, a key component that boosts the effectiveness of a vaccine. Prior to this news, Dynavax was estimating between $300 million and $400 million in 2021 aggregate revenue from its partnership agreements over CpG 1018. This Merck news may not affect the company's near-term revenue estimate. But investors are backing away from nearly all COVID-19 vaccine developers today because of the possible financial ramifications of a drug like Merck's.

Should bargain hunters take advantage of Dynavax's double-digit pullback today? I think the answer is yes. It will take Merck and its partner a while to get this drug to market (at least several weeks). And vaccines aren't going to take a monstrous hit from the advent of an oral antiviral. This pill will likely be indicated -- at least initially -- for newly diagnosed patients who have been hospitalized, not the general population. Therefore, biotech investors are probably overreacting to this news today.

Why Dynavax Crushed the Market on Thursday
371%