This retail stock is another victim of inflation and supply chain challenges.

Shares of Five Below (FIVE -1.51%) dropped 16.9% in September following its second-quarter earnings announcement. The retailer reported higher-than-expected sales and provided optimistic guidance for next quarter, but investors are simply too concerned about rising input prices and supply chain issues. Margin instability drove Five Below down sharply because investors are uncertain about the company's profit levels over the next year or two. 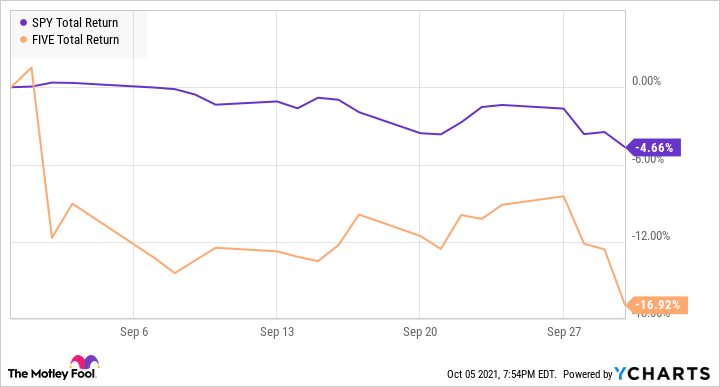 Shipping costs are high right now, and many retailers are struggling to keep a full selection of merchandise stocked at reasonable costs. Even worse, these problems could be seriously exacerbated in the fourth quarter when holiday shopping sends the whole retail system into overdrive.

This burden is falling especially hard on stores that specifically target low price points and the most price-sensitive consumers. Dollar Tree was so challenged that it announced plans to raise prices above $1. Five Below has the exact same problem, with its items falling in the $1 to $5 range. 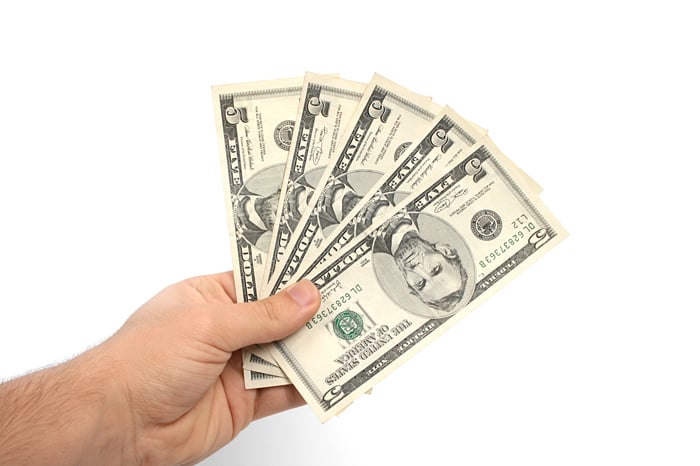 Five Below is doing well with these issues so far. The chain's second-quarter gross margin actually improved year-over-year and quarter-over-quarter. It also opened 34 new locations last quarter, having forecast 30 new openings. Management is forecasting additional sales growth through the back half of the year, and accelerated store openings. Concerns about future earnings are valid, but the negativity in the market was driven entirely by expectations. Recent results have actually been encouraging.

Five Below's current challenges with shipping, merchandising, and pricing probably won't go away in the next 12 to 18 months. The company is committed to expansion through new store openings and same-store sales growth. To maintain its high growth rate, it will have to keep purchasing inventory and keep shelves stocked. Five Below will therefore have less flexibility to deal with higher costs, and it won't be able to effectively pass those costs on to its customers.

The stock's forward price-to-earnings (P/E) ratio has fallen to 29.2, which is one of its cheapest levels in years. Shareholders are likely to endure further losses if the retailer reports margin compression or forecasts continued cost issues. However, those challenges should be temporary, and some of the risk has already been assumed in the stock's price. If you like Five Below's long-term prospects, the stock just got cheaper.

Why Keryx Biopharmaceuticals, Yongye International, and Five Below Are Today's 3 Best Stocks

Stock Market Today: Why Five Below and Panera Bread are on the Move