Plug is building a gigafactory in South Korea -- but is this really news?

In a press release this morning, Plug announced it has formalized its partnership with industrial giant local partner SK Group, whereby the two companies have founded a joint venture "to provide hydrogen fuel cell systems, hydrogen fueling stations, electrolyzers and green hydrogen to the Korean and other Asian markets." 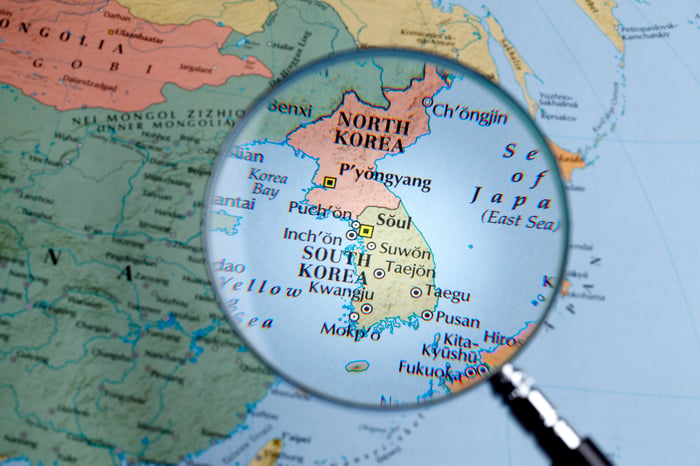 Now, at first glance this doesn't seem the kind of news of which stock rallies are made -- even middling 2.1% gains like this one. Today's news is, after all, basically a restatement of news that first came out back in January.

Still, there is at least one seemingly new development. The two companies announced today that the first step in their collaboration will be "to build a gigafactory in a key metropolitan area in South Korea by 2024, with mass capacity for hydrogen fuel cells and electrolyzer systems" -- a fact not mentioned in the January press release.

Once this gigafactory is up and running, the companies hope to begin "distributing liquefied hydrogen produced by SK E&S to around 100 charging stations nationwide," creating an ongoing revenue stream as they both produce and sell hydrogen over time.

And even longer-term, through 2040, the companies will be relying upon the South Korean government's Hydrogen Economy Roadmap, which lays out "ambitious goals, including: over 5 million tons of hydrogen per year, over 6 million fuel cell EVs, 1,200 refilling stations and 15 GW of fuel cell power generation, and [that the] cumulative economic value of its hydrogen economy will reach approximately $40 billion by 2040."

All that being said, most of these details were included in the company's initial press release way back at the beginning of the year. And even the bit about the Korean gigafactory -- well, if you paid close attention, you probably heard that plan floated in Plug's earnings conference call in February. Long story short, today's rally seems to have been sparked by a press release that really just rehashes old news.

I don't expect it to last very long.