The newly public card issuer lost value along with many other profitless growth stocks.

Shares of card-issuing platform operator Marqeta (MQ 1.35%) fell by 23.8% in September, according to data from S&P Global Market Intelligence. There wasn't any specific bad news regarding the company last month to explain the slide. In fact, the only news out of the company consisted of press releases announcing more partnerships with leading fintech companies across the globe -- the type of thing the market would normally react positively to.

Rather, the stock's precipitous decline seemed to be the result of macroeconomic fears of higher interest rates and the potential for the U.S. government to slam up against its debt ceiling. 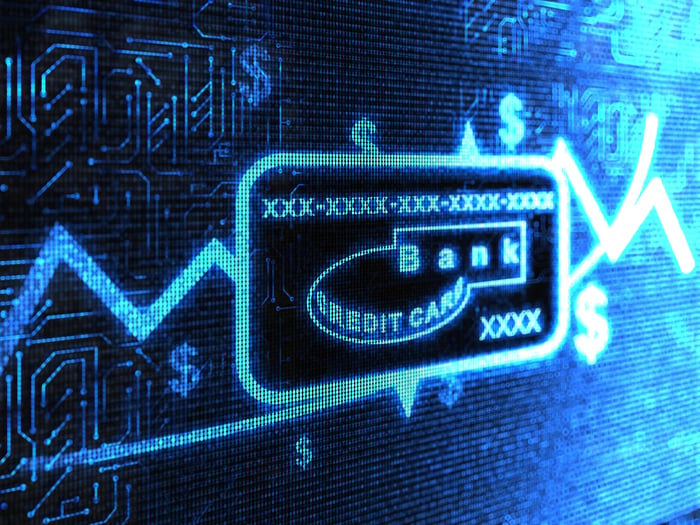 Marqeta's stock fell toward the end of the month, along with several other high-growth and high-multiple or loss-making companies. The timing suggests the decline was due to macroeconomic reasons related to mid-month announcements from the Federal Reserve.

With inflation still running fairly hot as the U.S. economy comes out of the depths of the pandemic, the Federal Reserve issued a policy statement on Sept. 22 suggesting that it may start to taper its purchases of Treasury bonds as soon as November, and may even raise benchmark interest rates sooner than expected next year. Higher interest rates could lead stock market investors to use higher discount rates when calculating the intrinsic values of stocks.

Last quarter, Marqeta posted good-looking top-line growth of 76%. However, its losses also increased, with adjusted EBITDA margins going from negative 4% to negative 9%, resulting in a $10.6 million EBITDA loss. Additionally, Marqeta isn't exactly a cheap stock. It trades at about 34 times trailing sales even after its September swoon.

The more expensive a stock is relative to its current earnings, the more sensitive it is to changes in the discount rates applied to its anticipated future earnings. That's why Marqeta and other growth stocks fell in September.

Marqeta just went public in early June, but I think it has a lot of promise. It provides the main technical rails behind cutting-edge credit and debit card solutions at Square and Doordash, and it landed a big customer win with Alphabet's (GOOG -0.44%) (GOOGL -0.55%) Google Pay in July.

Given that the sell-off last month seemingly had nothing to do with the operations of the company, if you are bullish on the latest fintech solutions taking market share from traditional financial companies, Marqeta should be one of the top names to put on your buy list after its recent sell-off.