General Motors (GM 1.17%) shocked the electric cars market this week when it made an electrifying prediction:

By 2030, GM intends to double its annual revenue from $140 billion today to roughly $280 billion, and grow its operating profit margin on that revenue to a range of 12% to 14% as it expands its business from "just" building cars to offering autonomous driving and car-charging services as well. 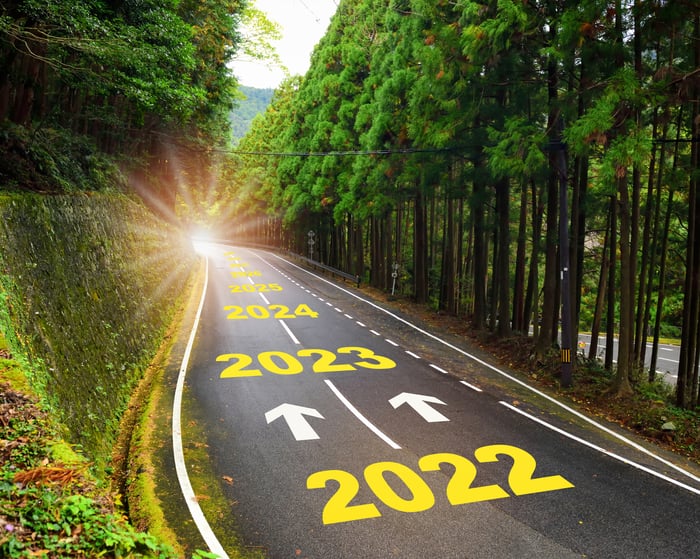 You can thank Wall Street for that, because ever since GM announced its new plan for future growth, analysts haven't stopped applauding for a moment. Yesterday, Jefferies observed that GM's "growth ambitions [are] well ahead of any expectations," implying a three- to four-times increase in operating profit over the next 10 years -- and maybe even more. As I pointed out yesterday, while GM's targets for revenue growth look optimistic in the extreme, its guidance for profit margins looks quite conservative ... and conservative estimates are easier to beat.

Not that GM even needs to beat expectations. In a separate note yesterday, J.P. Morgan argued that GM doesn't have to come "anywhere near the full amount of these aggressive targets to exceed investor expectations" and move its stock higher. In its opinion, GM stock could easily hit $77 within a year -- a 33% gain from today's prices.

Credit Suisse agrees. In a note describing GM's plan as "compelling," it reaffirmed its $75 price target on the stock, says TheFly.com, and observed that GM shares could even be worth more -- as much as $100.

Indeed, it almost looks like a consensus could be forming that GM shares could nearly double from here. For no sooner had Credit Suisse mused about a potential $100 share price, than Citigroup announced it has a "conviction" that GM will go to $100 a share, or even higher.

According to Citi, GM is looking at potentially $17 a share in net profit by 2030. Even a $100 share price, therefore, would value the stock at less than six times earnings that year. If GM gets anywhere close to delivering on its promises, this stock could be a monster.

Is General Motors Stock Poised for a Turnaround? 3 Charts That Might Convince You
351%