The market appears to be responding to good news from one of its peers.

After gaining ground on both Monday and Tuesday, Bloom Energy (BE -0.34%) stock continued to rise Wednesday. The fuel cell specialist appeared to be benefiting from the market's reaction to news from one of its peers -- Plug Power (PLUG -3.05%). 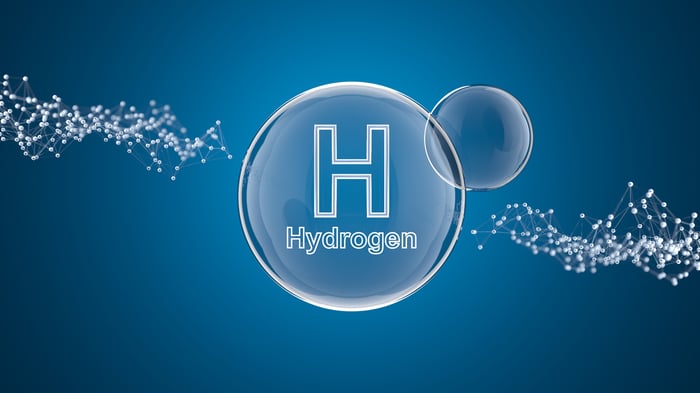 Investors familiar with the fuel cell industry know that one company's good news oftentimes provides some lift for related stocks. That appears to be exactly what's happening Wednesday. Bloom Energy hasn't issued any news releases of its own, and instead seems to be rising in response to Plug Power's newly announced collaborations with Phillips 66 and Airbus.

Seeing Plug Power making inroads with industry leaders like Phillips 66 and Airbus, investors are likely feeling a renewed sense of optimism that the future of the hydrogen economy will live up to the hype. In addition, investors may be speculating that Bloom Energy could expand into the mobility sector as Plug Power is doing -- especially after Bloom Energy's late-July announcement that it was exploring opportunities in the marine industry.

Although some investors may be interpreting Plug Power's news as an encouraging sign for the broader hydrogen economy, those who are considering opening positions in the space should recognize that fuel cell investments are still extremely speculative. Neither Bloom Energy nor Plug Power has proven yet that the fuel cell industry can be profitable. Consequently, investors with an interest in this niche of the renewable energy sector should only consider picking up shares of Bloom Energy -- or Plug Power for that matter -- if they have an ample tolerance for risk.