Investors are still trying to figure out how to value the latest space start-up to hit public markets.

Shares of Rocket Lab USA (RKLB -5.00%) lost as much as 11.4% midweek, and were down more than 7% as of Thursday afternoon, as investors continue to ponder what to make of this latest new space stock. Rocket Lab shares nearly doubled, but then gave up most of those gains, in just six weeks on public markets, and more volatility is likely ahead.

Rocket Lab went public in late August, and the shares shot up like, well, a rocket in September thanks to a positive update on its financials. The company is the latest in a handful of space start-ups that have joined public markets via a deal with a special purpose acquisition company (SPAC), and so far these stocks have tended to make dramatic moves both up and down as investors try to get a handle on the businesses. 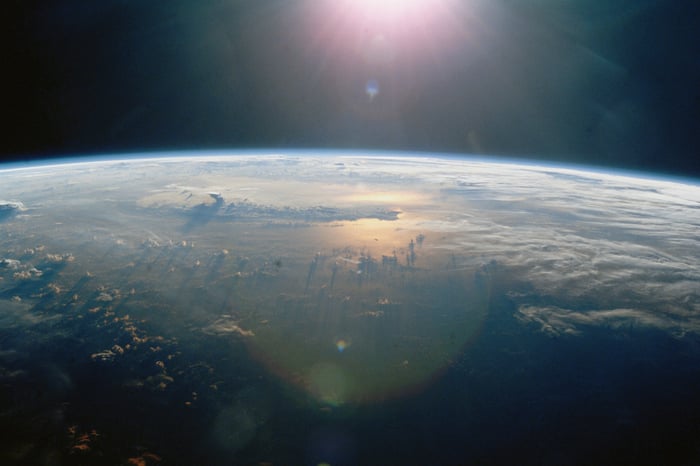 There's a lot of potential in space, but also a lot of risk. Historically, young developing space companies have not been publicly traded, and investors are now trying to weigh the potential against the risk and come up with appropriate valuations.

Rocket Lab's only news of the week was the company's completion of a deal to acquire aerospace engineering company Advanced Solutions. The deal should help Rocket Lab better compete for new launch business by diversifying its product offerings. And priced at just $40 million, it only uses a small portion of the $500 million in cash raised via the SPAC deal.

These are early days for Rocket Lab, and the company's $6 billion valuation even after the weekly decline is reason for pause. But there is a lot for long-term holders to like about this business.

Rocket Lab has a proven track record, launching more than 100 satellites into orbit for government and corporate customers, and its core small-launch target market looks like one of the most intriguing subsectors of the space market in terms of growth potential. The company is investing in its tech, including bringing to market a slightly larger rocket that should be able to handle a wider variety of missions. And as the Advanced Solutions deal shows, it is committed to diversifying its revenue stream and becoming more of a one-stop shop for launch customers.

Of all the space SPACs that have launched in the last two years, Rocket Lab looks like the best business. The only question is how that potential should be valued today by public markets. That's a debate that is unlikely to be resolved anytime soon.

Rocket Lab's No. 1 Most Important Number (for Investors)
356%