Please ensure Javascript is enabled for purposes of website accessibility
Log In Help Join The Motley Fool
Free Article
Join Nearly 1 Million Premium Members And Get More In-Depth Stock Guidance and Research
By Brian Withers, Danny Vena, and Will Healy – Oct 17, 2021 at 7:45AM

Want to invest in tech, but not a trillion-dollar mega-cap? Consider this motley trio of top tech stocks instead.

Technology is playing a role in just about every part of our lives today. So it's not surprising that many investors are interested in investing in this growing and vibrant sector. Instead of looking at some of the trillion-dollar market cap tech juggernauts we all know, investors might be interested in other opportunities that are smaller but still have large and growing markets. 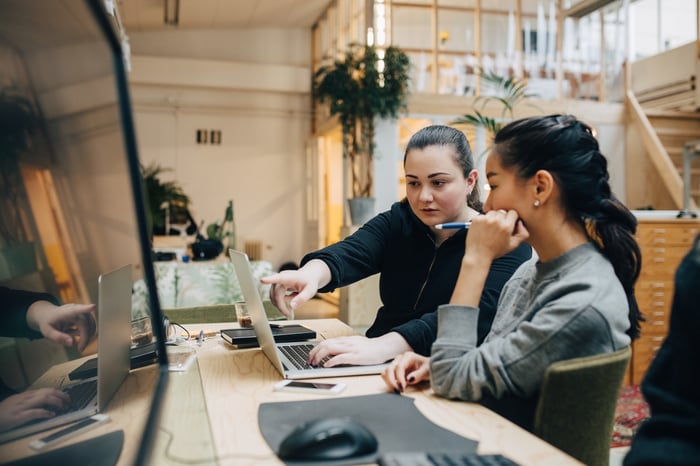 Danny Vena (HubSpot): When investors think of HubSpot, their minds naturally turn to inbound marketing -- and with good reason. The software-as-a-service company was part of a tectonic shift that was changing the way advertisers met potential customers.

HubSpot is a leader in helping customers find businesses with a strategy that revolves around brand awareness and marketing automation, targeting social media, content marketing, search engine optimization, blogs, events, and more -- helping potential customers come to the business, rather than the other way around. While HubSpot made its bones through inbound marketing, however, the company has grown into much more.

That's not all. HubSpot has recently been hard at work adding to its large and growing ecosystem. At the company's Inbound 2021 conference, HubSpot announced its Operations Hub for Enterprise, expanding up-market. What was potentially as exciting was the debut of HubSpot Payments, the company's proprietary, end-to-end, digital payment solution -- integrated directly into its ecosystem. This opens up an entirely new revenue stream for the company.

HubSpot was already delivering impressive growth -- even before these recent innovations. In the second quarter, revenue grew 53% year over year, as subscription revenue also increased 53%. The company is still unprofitable as it scrambles to increase its market share, though it was able to cut its net loss by 16%.

Its customer metrics are equally compelling. HubSpot grew its total customer base to more than 121,000, up 40% year over year, while the average subscription revenue per customer climbed 8%. This pales in comparison to its target market of more than 3 million small- to medium-sized businesses with a website.

With each of its expansions, HubSpot has gradually increased its total addressable market, which stands at nearly $87 billion, according to recent estimates. With 2020 revenue of $883 million, the company currently serves less than 1% of its market opportunity, leaving a long runway for growth.

Given the speed at which the company is innovating and the large and growing opportunity ahead, investors would do well to buy HubSpot stock now.

Will Healy (Broadcom): Due to its lack of direct exposure to the consumer market, some may overlook the value proposition of Broadcom. However, its approximately $5 billion annual research budget and its collaborative relationship with large clients have not only brought product innovations, but also positioned the tech stock for long-term growth.

This has helped it drive strong revenue growth in recent quarters, thanks in large part to its next-generation switches for cloud customers. Also, its Wi-Fi 6 products enable faster connections with reduced latency, and its infrastructure software business provides operations and security software to businesses.

Bolstered by these business successes, Broadcom reported $20 billion in revenue for the first nine months of fiscal 2021, 15% higher than the same period in 2020. During the same period, net income rose 190% to $4.7 billion as the company slashed operating expenses by $1 billion. For the upcoming quarter, the company forecasts $7.4 billion in revenue, a 14% year-over-year increase if that prediction holds.

Also, if the past serves as an indication, the end of the current fiscal year might also bring a dividend hike. The current annual payout of $14.40 per share yields a cash return of about 3%. Moreover, the free cash flow of $9.9 billion for the first nine months of 2021 covered the dividend cost of $4.7 billion during that period. Investors should also note that last year's 11% payout hike was the smallest annual increase since dividends began in 2010, so even a modest payout hike by historical standards could significantly boost the dividend.

Additionally, even without the dividend, the stock price has risen 27% over the last year, and the 36 P/E ratio is half of where the multiple stood one year ago. This offers a reasonable value proposition for new investors as Broadcom's innovations and dividend growth help propel this stock higher. 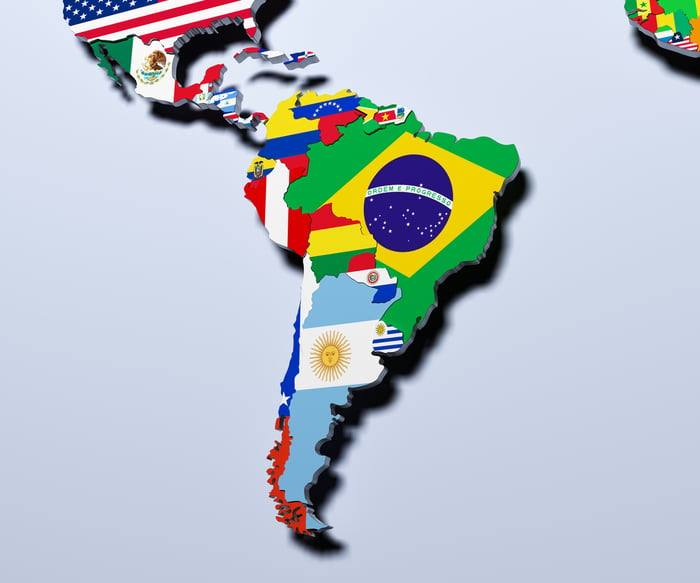 MercadoLibre: This e-commerce play is also a sweet tech stock

Brian Withers (MercadoLibre): You might be surprised that a leading regional e-commerce player makes the list of top tech stocks to buy right now, but MercadoLibre deserves to be here. Let me give you three good reasons.

First, in order to run an online marketplace and payments system, tech is critical. At the end of 2020, the e-commerce company reported over 5,000 employees on its information technology and product development team. This large group enables its online marketplace to run smoothly, digital payments to transact almost instantly, and its extensive fulfillment network to have the data and information technology infrastructure to operate effectively.

In addition to its in-house tech teams, the company is also always on the lookout for technology-based companies to partner with and even acquire. Its three most recent acquisitions point to its desire to continue to grow its technology prowess.

From the table above, you can see that MercadoLibre is focused on bringing in partners with key expertise to improve its tech platform overall.

Lastly, the company realizes that winning the technology race is critical to its success. The company's most recent annual report states that its future success "will depend on our ability to adapt to rapidly changing technologies ... and to continually improve the performance, features, user experience and reliability of our services." This is not just flowery prose. The company has backed up its statements with action and grown its information technology and product development team from 327 in 2012 to 5,201 as of Dec. 31, 2020. That 16-fold increase is equivalent to a substantial 40%-plus compound annual growth rate over that period of time.

But just being a tech company in disguise isn't enough reason to invest in this e-commerce and payments regional leader. Its growth metrics are solid and trending the right way. Over the past five years, revenue has increased 554% and operational cash flow has more than tripled. With its long runway of growth ahead, this tech player is one top tech stock I'd buy right now.