Investors suspecting that the market's enthusiasm that lifted shares of Plug Power (NASDAQ:PLUG) on Friday would wane after the weekend are being proved wrong today. The fuel cell specialist's stock is continuing to climb on Monday in response to Wall Street's renewed enthusiasm, the company's multiyear outlook, and overall enthusiasm for the emergence of the hydrogen economy. 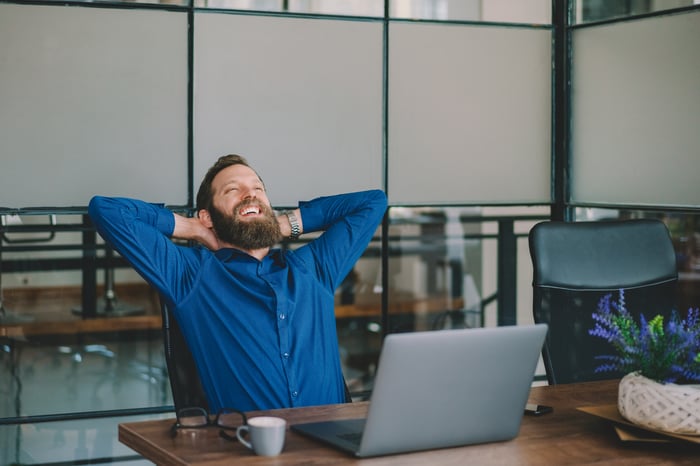 Shares of Plug Power ended last week on an auspicious note in response to several analysts waxing bullish on the stock. B. Riley, for instance, expects the stock to continue soaring, setting a $45 price target. But it wasn't only Wall Street that electrified investors' interest. During its 2021 Plug Symposium, management forecast that the company would achieve both annual revenue of $3 billion as well as daily green hydrogen production of 500 tons by 2025.

Today, however, investors are finding a new reason to be optimistic. INEOS, a British chemicals company with exposure to the oil and gas industry, announced an investment of more than 2 billion euros ($2.3 billion) to develop green hydrogen projects throughout Europe. Plug Power investors are clearly recognizing INEOS's investment as another signal that global momentum is continuing to build for hydrogen-based power.

While there are many indications that Plug Power is poised to prosper in the coming years, prospective investors should be sure to weigh the good with the bad. Plug Power has excelled at selling customers on the advantages of fuel cell solutions over the past decade, securing notable customers like Walmart and Amazon; however, it still hasn't proved that dealing in fuel cells can be a profitable undertaking. Those interested in exposure to the renewable energy industry through Plug Power, therefore, should dig deeper before looking to pick up shares.