After a difficult year, shares of this biotech could bounce back big.

Chasing short-term gains is usually not the best strategy in the stock market. Investing in solid companies and holding their shares for a long time is still the best way to grow your capital. However, some companies with a promising future can provide explosive short-term gains too.

Let's look at an exciting stock that might double your money in the next year: BioXcel Therapeutics (BTAI 2.24%). This small-cap biotech has significantly lagged the market since the beginning of the year, but there's a major, potential catalyst on the way for the drugmaker. 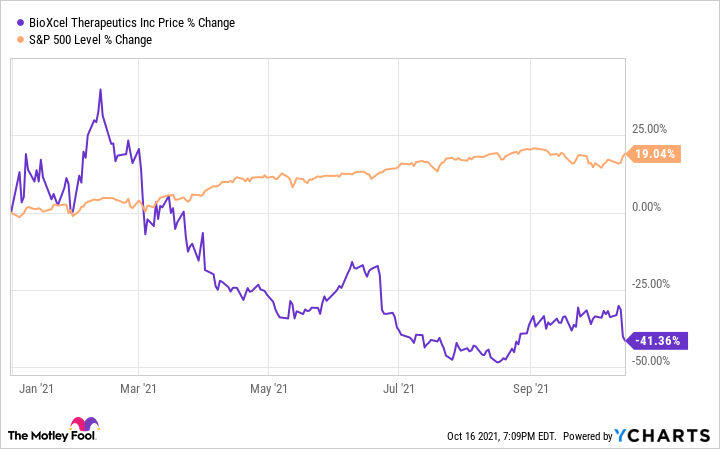 Why BioXcel Therapeutics has been hammered recently

BioXcel's stock started the year on a solid note and hit its 52-week high of $67.74 in early February. But it's more or less been a downward spiral since then.

What happened? As is often the case with clinical-stage biotechs, negative results from clinical trials played a role. On April 1, BioXcel's stock dropped more than 10% after it reported disappointing data from a phase 1b/2 study for BXCL501 as a potential treatment for opioid withdrawal symptoms.

BXCL501 is the company's leading pipeline candidate. It is a sublingual, thin film being developed to treat several conditions, including acute psychological and behavioral symptoms associated with schizophrenia and bipolar disorders. The biggest issue in the aforementioned phase 1b/2 study was BXCL501's safety profile; patients who received various doses of the medicine experienced adverse reactions. Importantly, though, none of these adverse reactions were severe.

This bad news hasn't been the only drag on BioXcel's' performance. In late June, its shares took a beating after the company announced a secondary stock offering. This dilutive method of financing is sometimes a necessary evil for small-cap drugmakers strapped for cash, but investors almost always respond the same way: by selling off the company's shares.

More recently, BioXcel announced that its chief commercial officer, William Kane, had resigned. This was unexpected news, and some investors responded by running for the hills. The market's volatility over the past couple of months or so probably hasn't helped the biotech, either. But despite all these issues, there is hope for BioXcel Therapeutics. 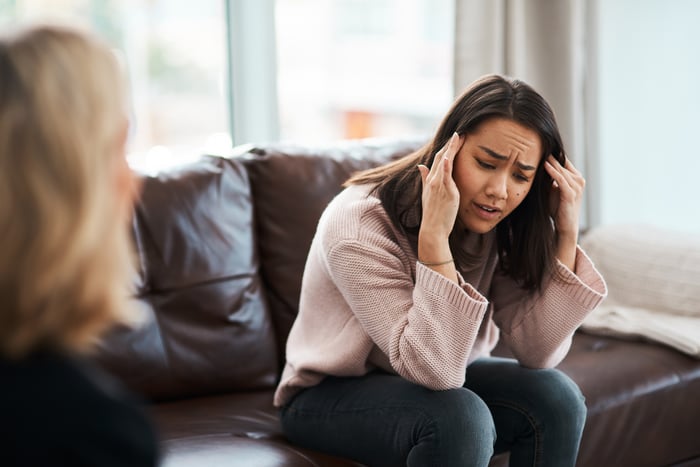 The future of BioXcel largely hinges on BXCL501. While the results of its phase 1b/2 study as a treatment for opioid withdrawal symptoms were somewhat disappointing, it is showing promise in other indications. In a pair of phase 3 clinical trials, the therapy proved effective at reducing agitation in patients with schizophrenia and bipolar disorder. BioXcel submitted a New Drug Application (NDA) to the U.S. Food and Drug Administration for BXCL501 for this indication back in March, and the agency has set a PDUFA goal date (the latest date by which it will complete its review of the application) of Jan. 5, 2022.

So what is the market opportunity for this medicine? The company estimates the prevalence of schizophrenia and bipolar disorder in the U.S. at 9 million patients, with roughly one-third of them experiencing agitation. This is a large patient population, and current therapy options for agitation are at best subpar. If BXCL501 were approved, it would be a breakthrough for those suffering from agitation -- and would also translate to a healthy financial windfall for BioXcel. It wouldn't be surprising to see peak annual sales of more than $1 billion for this product in this indication alone.

Given these massive opportunities, the company looks like a bargain at its current market cap of just $757 million. It's also worth noting that the company had $273 million in cash and cash equivalents as of June 30, a figure that management says should support its current operations and potential marketing efforts if BXCL501 is approved. After that, BioXcel could generate sales from its crown jewel and be able to use this revenue to fund its operations.

Of course, risks remain, including further dilutive forms of financing for a company of this size (especially one that is looking to launch a product). Or other unforeseen setbacks could occur, delaying the FDA's review of BXCL501 -- and potentially sending the shares tumbling.

All of this is what makes BioXcel Therapeutics a high-risk, high-reward play. But for aggressive investors, I think this biotech stock is worth serious consideration.

Why BioXcel Therapeutics Was a Winner This Week
410%