These earnings reports will be must reads for investors.

The stock market was mixed on Wednesday, but investors in the Nasdaq Composite (^IXIC) didn't notice any slowdown in positive market sentiment. As of 11:30 a.m. EDT, the Nasdaq was up half a percent, even as the broader market was flat and other leading benchmarks gave up ground.

For a while now, the Nasdaq has lagged behind other stock indexes, largely due to fears of higher interest rates and inflation. However, when the giants of the Nasdaq report their earnings, it often reminds investors of just how powerful Nasdaq stocks can be. On Wednesday, big gains for both Microsoft (MSFT 3.07%) and Alphabet (GOOGL 2.42%) (GOOG 2.51%) are bringing investors back to the tech sector with a vengeance. Below, we'll look at the earnings reports to see why shareholders are excited.

A big win for Big Softy

Shares of Microsoft were higher by more than 4% on Wednesday morning. The software giant was able to exceed investor expectations and deliver a strong quarter that showed that the company's growth days are far from over.

Microsoft's fiscal first-quarter results were staggering. Revenue jumped 22% to $45.3 billion. Immense profit margins led to adjusted net income of $17.2 billion, up 24% year over year. That produced earnings of $2.27 per share on an adjusted basis. 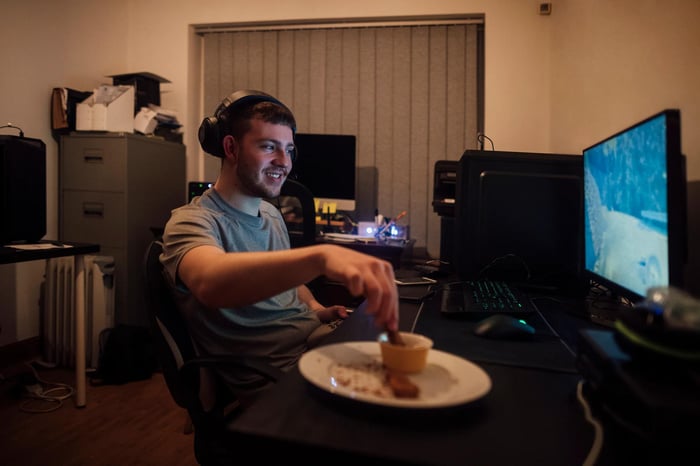 Investors believe that Microsoft has a long runway to take advantage of all of its opportunities. At least thus far, Microsoft is executing extremely well and using favorable secular trends to bolster its stalwart status as a leader in the software industry.

Meanwhile, shares of Alphabet were up almost 5%. The Google parent reported generally favorable results in the third quarter, pointing toward a promising future.

Alphabet's revenue growth was exceptional, with the top line rising to more than $65 billion for the quarter, up 41% year over year. That produced net income of $18.9 billion, 68% higher than in the previous period, and earnings of $27.99 per share seemed to satisfy investors quite well.

Alphabet is pulling a number of strings to drive performance. The core Google Search business still represents well over half of the company's overall revenue, but growth in advertising revenue from YouTube was impressive once again at more than 40%. Google Cloud's sales growth was also impressive, and despite operating losses in that segment, Alphabet is demonstrating that it can compete against larger players like Azure and Amazon Web Services to stake its claim to the fast-growing cloud computing business.

For a long time, Alphabet lagged behind other FAANG stocks, but more recently, explosive upward moves have become more commonplace. Alphabet is executing well, and that's good news for investors as the company's market capitalization approaches the $2 trillion mark.

Microsoft's Not the Only Stock Pulling the Nasdaq Lower