Shares of would-be space tourism company Virgin Galactic Holdings (SPCE -0.34%) -- the company that lit the fuse on the series of recent special purpose acquisition IPOs of new-space companies back in 2019 -- are crashing in Wednesday morning trading, down 6.9% as of 10:20 a.m. EDT.

For this, I blame a space company that hasn't even IPO'd yet: Blue Origin. 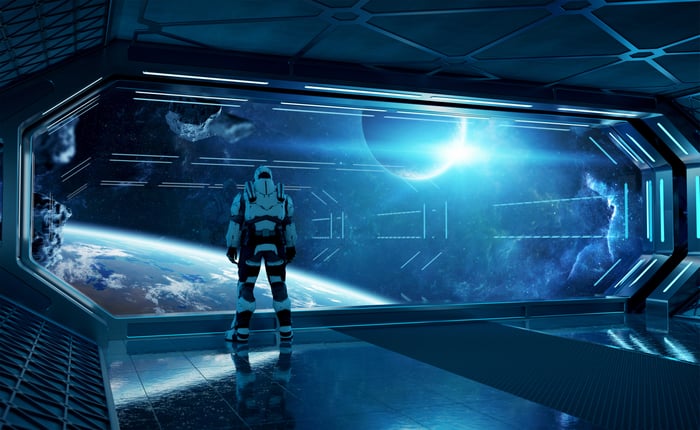 Earlier this week Blue Origin led a team of companies ranging from Redwire to Boeing to Sierra Nevada to Blue Origin itself in announcing plans to build a new, privately owned and operated space station called Orbital Reef.

Now, just because Virgin Galactic isn't on the Orbital Reef team doesn't necessarily mean that it won't ever be permitted to send tourists to the new station. (It will, however, have to develop an orbital-class spaceship first). According to Orbital Reef companies, once opened later this decade, this "unique destination" will "open multiple new markets in space" and accommodate "space workers and tourists alike." An "open system architecture" with multiple "module berths, vehicle ports [will] increase as the market grows."

Still, at least initially, the spaceships most likely to be able to link up with the space station will be spaceships built by Blue Origin, Sierra Nevada, and Boeing. And if that's the case, then Virgin Galactic's tourism business will remain limited to sending tourists to the edge of space, and bringing them right back down again -- versus Blue Origin's loftier ambitions of giving tourists someplace to visit while they're up there.

If I were a space tourist candidate, I think I know which company I'd choose to patronize with my tourism dollars -- and it looks like investors today are coming to the same conclusion.