Please ensure Javascript is enabled for purposes of website accessibility
Free Article Join Over 1 Million Premium Members And Get More In-Depth Stock Guidance and Research
By John Ballard, Jennifer Saibil, and Parkev Tatevosian - Oct 28, 2021 at 7:00AM

These strong companies can safely grow your money over the long term.

It's hard to believe that 2021 is almost over. While no one knows what's in store for the stock market in 2022, the end of the year is always a good time to check that your investments are anchored around smart long-term picks. 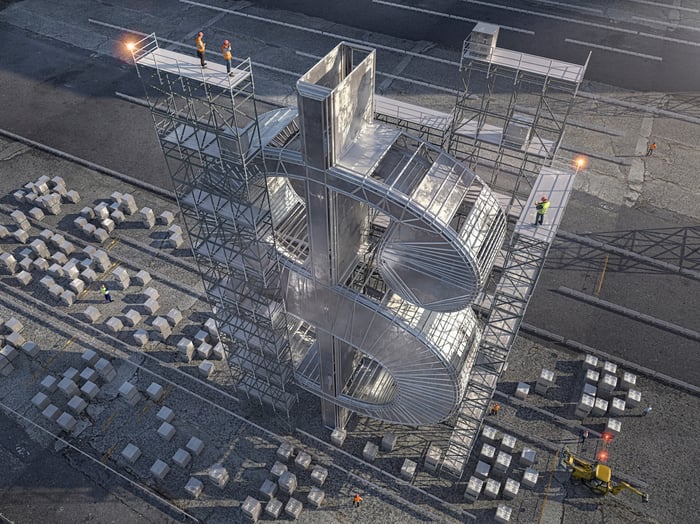 John Ballard (Amazon): Amazon has grown into a massive business and sports a gigantic market cap of $1.7 trillion. It might seem like Amazon is valued too highly for the stock to make you any money over the long term, but I believe market participants are still underestimating the company's future.

Starting with the core retail business, Amazon still has plenty of growth opportunities to expand internationally, which only represents 28% of total revenue through the second quarter. In fact, there are plenty of nooks and crannies for Amazon to keep growing in the U.S. For example, Amazon just opened its first fulfillment centers in St. Lucie County, Florida, and Fargo, North Dakota.

As Amazon continues to get closer to the customer with its same-day and one-day deliveries, its retail sales continue to march higher. Growth from Amazon's online stores reached as high as 49% year over year in the second quarter of 2020 on a currency-neutral basis. In the most recent quarter, sales from online stores still managed to grow 13% over the acceleration in the same quarter a year ago.

Amazon may see slightly higher growth after the pandemic than before, as more people are now used to shopping online for everyday essentials. Based on third-quarter guidance, Amazon expects its two-year annualized revenue growth rate to be in the 25% to 30% range, which is higher than its pre-pandemic growth rate of 21%.

Moreover, Amazon has recently experienced an acceleration in advertising and cloud services revenue. These higher-margin revenue drivers bode well for Amazon's profitability. It's the surging growth in non-retail services that has analysts calling for Amazon's free cash flow per share to more than double to $133 by 2023.

If Amazon achieves those expectations, the stock should easily crush the market average return. Amazon is my largest holding, and I believe it's a great stock to buy right now.

A winning model in any market

Jennifer Saibil (Costco Wholesale): As pandemic shopping trends reverse back to a pre-restriction direction, there are some clear winners and losers. Companies that did especially well under pandemic conditions, such as Target and Roku, are now facing tough comparables, and companies that floundered, such as Coca-Cola and Nike, are back to accelerating growth. But there are a few companies that don't fit the mold, such as Costco. Costco's sales growth shot up in 2020, going from mid- to high single digits to mid-teen growth, and it hasn't come back down.

There could be several reasons for this. Costco's membership model means customers want to get their money's worth, and Costco's low prices give them a reason to keep coming back. For several months, Costco was dealing with shortages of large equipment and appliances, and those are back in stock at the time shoppers were starting to spend on non-essentials.

This is why Costco does well in almost any shopping environment, and why it's one of the most stable stocks to own. Costco stock has gained almost 500% over the past 10 years, nearly double the S&P 500. That's not super-high growth, but it's substantial, and most importantly, it's dependable. Most of the new skyrocketing growth stocks come with no small element of risk. But Costco stock has easily managed through the ups and downs of the market, including market crashes and bull markets.

There's every reason to believe Costco can keep this up in the future. It only operates 817 global warehouses, and just over 500 in the U.S. It opens new stores at a fairly slow rate, which means new growth is slow but steady. Member retention typically hovers at around 90%, but it adds millions of new members annually, and executive members, who pay double the standard $60 rate, are increasing at an even faster rate. Costco can continue to grow comparable sales and new sales, and investors can buy and hold its stock, and benefit from it, forever.

Parkev Tatevosian (Walt Disney): The Walt Disney Company has been delighting individuals and families for nearly a century. Chances are, it will be around for a very long time. That makes it an ideal choice for a stock you can buy and hold forever. At the heart of its endurance are movies and characters that remain relevant for decades. Parents who watch Disney films as children often show those same films to their kids and grandkids. Similarly, parents and grandparents who visited Disney theme parks when they were younger usually take their kids and grandkids.

Not only has Disney survived for a century, but it has also thrived. Since October 1980, Disney's stock price has increased by 18,960%. The past is not always predictive of the future, but if Disney delivers anywhere near the returns of the past, investors will be thrilled.

It certainly has the assets to do so. Disney's theme parks are back up and running after COVID-19-related shutdowns, and customer demand is steadily climbing. Moreover, it hosts a myriad of popular characters under its umbrella, including those from Star Wars and Marvel, and who can forget Mickey and Minnie Mouse?

Disney has pivoted to consumers' tastes and is shifting its focus to offering streaming content. The company now has three streaming services (Disney+, Hulu, ESPN+) that combine for 174 million subscribers. Folks prefer to stream their content instead of watching it over traditional TV. The former is more convenient and can be consumed anywhere people have internet access, versus only at home over cable or satellite.

In short, Disney has delivered excellent returns to investors for decades and is in a position to provide them again over the next few decades. Investors looking for a stock they can buy and hold forever can put Disney in their portfolio.