The world's largest brewer surprised both Wall Street and itself with an upbeat earnings report.

As of yesterday's close, shares of Anheuser-Busch InBev (BUD -0.53%) are up over 11% this week, according to data provided by S&P Global Market Intelligence, after the mega-brewer reported third-quarter financial results that handily beat Wall Street estimates, and provided an upbeat outlook for the rest of the year.

Despite rising inflation and significant supply chain disruptions, the world's largest brewer was able to post sales of $14.3 billion and underlying earnings of $0.84 per share, easily surpassing analyst expectations for $13.7 billion in revenue and profits of $0.65 per share. 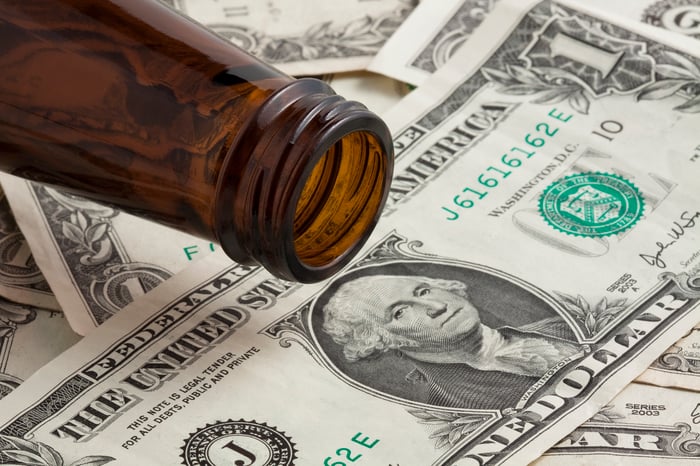 Underlying earnings exclude mark-to-market gains and losses linked to the hedging of Anheuser-Busch's share-based payment programs, the impact of hyperinflation, and discontinued operations.

While the profits themselves were a surprise, so was the brewer's Brazil business, which achieved an all-time high for rolling-12-month beer volume in the third quarter and saw sustained growth of its core-plus brands. Over the first nine months of the year, volumes grew 11.6%, with beer volumes up by 11.7% and non-beer volumes 11.2% higher versus the same period last year.

That allowed Anheuser-Busch to raise guidance for the low end of its earnings before interest, taxes, depreciation, and amortization (EBITDA) for the year from 8% to a range of 10% to 12%. 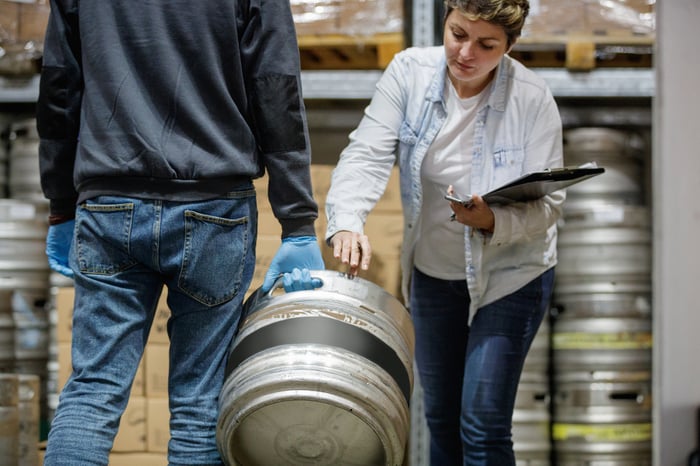 It's a fairly remarkable achievement considering the supply chain issues and runaway inflation it is dealing with, not to mention the enduring impact of COVID-19 that continues to plague many of its markets.

The brewer also got a big vote of confidence from Altria (MO -0.85%), which said it had no plans to sell its stake in Anheuser-Busch.

The tobacco giant owns 10% of the brewer's stock from the merger of Anheuser-Busch and SABMiller, but Altria said despite the carrying value of its investment being underwater since 2019, it was going to hang on to the stock.

Even so, Altria took a big non-cash impairment charge of $6.2 billion related to the investment, which hurt its own earnings performance. But it maintains that the brewer's share price will recover, though the carrying value will take longer than previously expected to improve.