For high-growth returns, investors are increasingly turning to technology stocks. These three could be among the fastest growers this decade.

As history clearly suggests, the biggest gains in the stock market are made over the long term. The 3,600% rise in the S&P 500 index over the last 40 years is evidence that time in the market is more important than timing the market.

But some innovative companies have crushed the performance of the broader indexes. Take Amazon, for instance, which has soared 191,000% since its public listing in 1997. Given the rapid pace with which technology evolves, the next Amazon-like opportunity could be right around the corner.

These Motley Fool contributors think Nvidia (NVDA 2.48%), Snowflake (SNOW 5.55%), and Palantir (PLTR 0.28%) could be the next tech disruptors to beat the market this decade (and beyond). 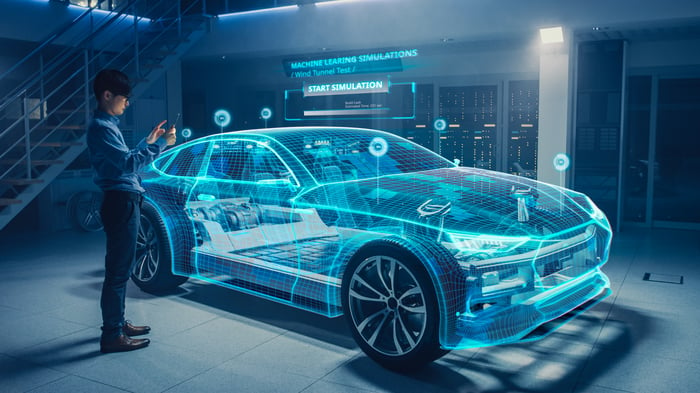 Graphics are the future of reality

Anthony Di Pizio (Nvidia): Semiconductors have become the most important component in modern manufacturing. They're the advanced computer chips that power digital consumer goods like smartphones, gaming consoles, and even cars. As products trend further toward digitization, demand for these chips is soaring and Nvidia is a best-in-class producer.

The company is best known for its graphics cards, which make it a key player in futuristic technologies like virtual reality, augmented reality, and even self-driving vehicles. But in the present, Nvidia's graphics products are a red-hot favorite among consumers for PC gaming applications, to the point where global supply is constantly running short. In fact, the company sold over $3 billion worth of gaming-related graphics cards alone in the most recent fiscal second quarter, 85% more than the same quarter last year.

On the whole, assuming Nvidia's current price-to-sales ratio remains the same, it needs to grow its revenue by 20% per year until 2030 for its stock to increase fivefold from here, and therefore turn $200,000 into $1 million. Right now, it's crushing that growth rate.

But Nvidia is also highly profitable. It delivered a record high $6.90 in earnings per share in fiscal 2021, which represented 53% growth compared to fiscal 2020, and led the company to pay $395 million in dividends throughout the year. It's not often technology companies offer sound profitability to accompany their astronomical growth rates, so Nvidia's investment case certainly stands out.

But it's the company's smallest segments -- professional visualization and automotive -- that could take over as the biggest drivers of growth over the long term. After all, the future of technology looks set to be dominated by augmented realities and autonomous vehicles. 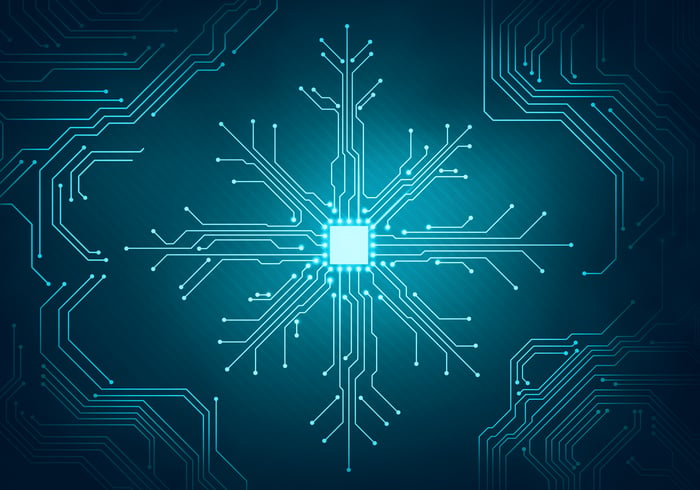 Snowflake: The epitome of neutrality

Jamie Louko (Snowflake): Finding disruptive companies that could provide immense returns over the next 10 years can be difficult, but Snowflake -- a company that has been capitalizing on the enterprise's shift to the cloud for data storage -- could be the one. Snowflake is a data warehouse provider -- meaning that when enterprises collect data from their business operations and want to store it for usage at a later time, they can go to Snowflake to store it.

Snowflake competes with Amazon's AWS, Microsoft's Azure, and Alphabet's Google Cloud, but Snowflake has a major competitive edge: neutrality. If a company has data stored on both AWS and Azure the company would have to go through both systems individually to receive its data to use it -- which is rather time-consuming -- and with it stored in two different areas it can be difficult to analyze it effectively. With Snowflake, it would retrieve that data from either data warehouse for the customer, and transform the data into an easily understandable format so it can be analyzed.

The company owns storage space on AWS and Azure so that companies can choose where they want data stored for the future. While this poses a risk to Snowflake -- by permanently giving money to its competition -- this is how the company remains the neutral party. This aspect of the business seems to be important to customers -- Snowflake has 116 customers spending over $1 million on the platform while it grew its second-quarter 2021 revenue by 103% year over year to $272 million. Its net retention rate sits high at 169%, meaning that customers spend 69% more today than they did during the year-ago period.

Despite the company's operating loss of 58% of revenue, it is valued at 110 times sales. The company is executing on all fronts, however, and its total addressable market is massive and growing: Snowflake expects companies' cloud spending to increase 235% to $356 billion annually by 2025. While its valuation is sky-high, there is no doubt that this company will continue to capitalize on the blizzard of data being created while disrupting how it is stored. 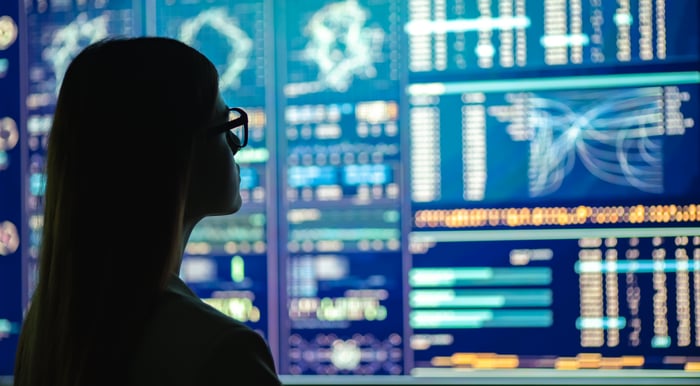 Trevor Jennewine (Palantir Technologies): Modern enterprises create lots of data, which is both good and bad. Data is knowledge, and knowledge can be powerful. But extracting insights can be difficult, because data is often spread across different applications and infrastructures. That's where Palantir can help.

The company -- named after an omniscient crystal ball from The Lord of the Rings -- provides analytics software that helps clients integrate and make sense of siloed data sets. In turn, that empowers leaders and executives to make informed decisions, and it enables data scientists to build powerful artificial intelligence (AI) models.

In 2003, Palantir got its start working with the U.S. intelligence community. The Pentagon and CIA deployed its Gotham software in Iraq and Afghanistan, where it played a critical role in helping U.S. special forces detect roadside bombs and track terrorists (including Osama bin Laden). Since then, Gotham has seen adoption by numerous other government agencies, including the U.S. Army, Air Force, and Coast Guard.

To complement that product, Palantir's Foundry platform offers similar functionality to commercial organizations, and it has seen adoption across 40 different industries. For instance, Foundry helps retailers forecast demand, it helps manufacturers monitor supply chains, and it empowers pharmaceutical companies to accelerate drug discovery. More importantly, customers can access archetypes (i.e., workflow templates) that accelerate time to value for existing use cases. And as Foundry is adapted to novel use cases, the number of available archetypes should grow.

Despite intense competition, Palantir differentiates itself in two ways: First, its past work with classified information underscores the security of its platform. Data privacy is an important issue, and few (if any) other companies have been trusted with national secrets to same extent as Palantir. Likewise, the company's third platform (Apollo) is a continuous delivery solution that keeps Gotham and Foundry up to date, but it also allows those software-as-a-service (SaaS) products to run in atypical environments.

Specifically, SaaS is typically deployed in public clouds, but Palantir's SaaS runs in public clouds, private data centers, and even classified networks. In fact, its platforms have been deployed in submarines, aircraft, and Humvees. Management believes that makes Palantir unique. Not surprisingly, the company is growing at a steady clip.

I like Palantir's prospects for future growth. Management puts its market opportunity at $119 billion, and the company recently won several big contracts, including a deal with the U.S. Army worth $823 million.

More importantly, as digital transformation drives the creation of ever-increasing troves of data, organizations that hope to capitalize on that will need powerful analytics tools, and Palantir fits that bill perfectly. That's why this stock could grow fivefold by 2030.