Occasional stock market meltdowns are inevitable. If you're going to be a stock investor hoping for great long-term gains, you'll have to accept that -- and expect corrections and crashes every few years. A stock market downturn can be unsettling, and it's not fun to suddenly see your holdings worth a lot less than they were worth a few days ago. But downturns aren't all bad.

One wonderful thing about market crashes is that they offer up lots of terrific companies trading at lower, more bargain-like prices. You may be able to snap up some shares of a few companies you've long wanted to own -- and you can also simply add to your positions in companies you already own. 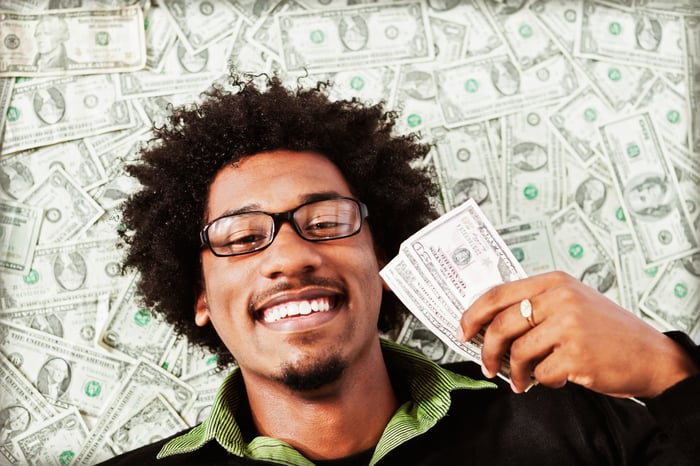 Here are five companies I own stock in that I'd be tempted to buy more shares of whenever the market crashes.

If you haven't heard of MercadoLibre (NASDAQ:MELI), know that it's based in Argentina, and in its own words:

Mercadolibre is the largest e-commerce and payments ecosystem in Latin America enabling users easier and better ways to pay and sell with the purpose of democratizing commerce and payments in the region. It is present in 18 countries including: Argentina, Brazil, Mexico, Colombia, Chile, Venezuela and Peru. Based on unique visitors and page views we are market leaders in each of the major countries.

There's a lot to like about MercadoLibre -- other than its stock's roughly 1,700% gain over the past decade. It's a top dog in e-commerce in a hugely populous region (with around 435 million people) and on top of that, it's a major "fintech" company now, too, with a fast-growing digital payment platform, Pago. In MercadoLibre's recently reported third quarter, revenue grew 73% year over year (on a currency-neutral basis), with CFO Pedro Arnt commenting, "We have once again reached new records in gross merchandise volume, payment volumes and credit portfolio size, which demonstrates resilience and strength across all parts of our ecosystem."

With so much of our time spent online these days, digital advertising has become big business, and many companies can use some help getting their messages out digitally. Enter The Trade Desk (NASDAQ:TTD), offering a platform to help ad buyers manage their campaigns across a variety of digital channels, such as computers and smartphones. Its size is a competitive advantage, as it allows the company to collect a lot of data that it can use to improve its algorithms.

In its second quarter, revenue doubled year over year, with CEO and founder Jeff Green noting, "From a customer perspective, more of the world's leading brands, and their agencies, joined our platform, or expanded their relationship with us. This, and our robust international growth in the second quarter, gives us tremendous optimism moving forward." The Trade Desk's stock has surged some 3,000% over the past five years.

Activision Blizzard (NASDAQ:ATVI) is a major video game company, with titles such as Call of Duty, Diablo, and World of Warcraft under its roof -- along with Candy Crush. (What's that? You think Candy Crush isn't such a big deal? The company notes that it's the top-grossing game franchise in the U.S. app stores, and in-game net bookings for it grew over 20% year over year in the third quarter.)

Activision Blizzard has actually experienced its own personal market crash recently, as its stock took a beating recently, dropping double-digit percentages when management guided expectations lower for near-term performance, and warned that the company was experiencing production delays with some much-anticipated titles, Overwatch 2 and Diablo IV. This was not good news, but remember that much of the company's long-term potential remains intact. It still owns valuable game franchises and will still expand on them. It simply appears to be in a slump at the moment -- with a lower stock price. 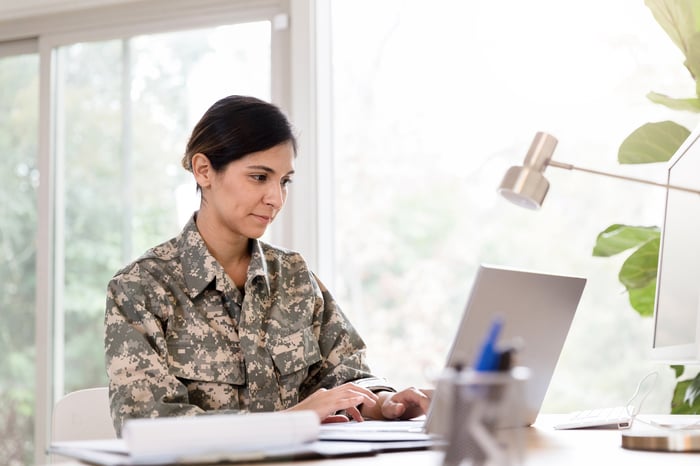 Odds are you've had to sign a document remotely now and then -- especially during these pandemic days. If so, there's a good chance you used DocuSign (NASDAQ:DOCU) to do so. As the company explains, "As part of the DocuSign Agreement Cloud, DocuSign offers eSignature, the world's #1 way to sign electronically on practically any device, from almost anywhere, at any time. Today, over a million customers and more than a billion users in over 180 countries use the DocuSign Agreement Cloud to accelerate the process of doing business and to simplify people's lives." That's right -- more than a billion people in nearly every country have used its service.

The company has been growing briskly, as has its stock, which is up more than sixfold over the past three years. In its impressive second quarter, DocuSign's revenue jumped 50%, while billings grew 47%. The company's customer base has been growing at an annual average rate of about 42% over the past few years, and customers who spend $300,000 or more have been growing at 45%. Meanwhile, international revenue is up 71% year over year, recently. There's more to the company than just signatures, too -- it also offers remote notary services, contract lifecycle management services, and much more.

Then there's Square (NYSE:SQ). You probably first encountered it when you were paying a small-business person who swiped your credit card through a little device appended to his or her smartphone. It's grown into a major fintech enterprise since then, with its stock up nearly 2,000% over the past year and its market value recently near $114 billion. (For context, that's not far behind Citigroup's recent value of $132 billion and it's well above U.S. Bancorp's $89 billion.) A recent success for Square has been its Cash App, which lets its users store, spend, send, and invest money -- including Bitcoin.

Square just reported its third-quarter results, which didn't meet expectations on all counts, but still offered ample impressive numbers: Gross profit was up 43% overall, while Cash App's gross profit rose 33%. Square recently announced it was buying Afterpay, a buy now, pay later platform with more than 16 million consumers worldwide and approximately 100,000 merchants as of mid-2021. That has many investors excited, because of the cross-promotional opportunities between the two businesses.

Those are five of my holdings that I'm interested in adding to, should their price drop in a market crash. If you're interested in any of them, dig deeper and learn more about them to see whether they might warrant a berth in your own portfolio.