Its fourth-quarter guidance wasn't what Wall Street hoped to see.

Chinese electric vehicle maker Nio (NIO -6.44%) reported a loss for the third quarter that was narrower than Wall Street had expected, on good sequential and year-over-year sales growth despite a series of manufacturing challenges.

But the news wasn't all good, as the company warned that ongoing supply chain woes will likely limit its sales growth through the end of the year and into 2022. 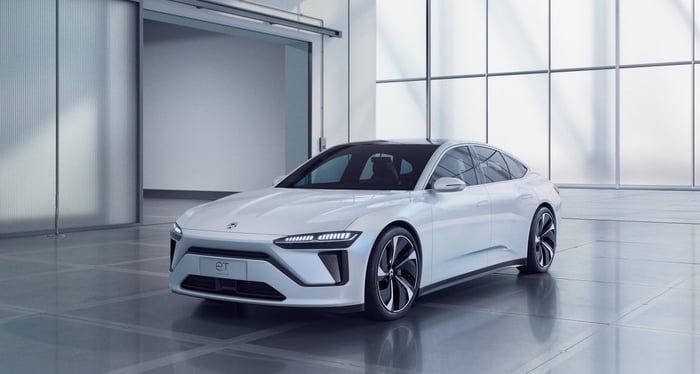 Nio took factory downtime in October to prepare for the launch of the ET7 sedan, expected early next year. Image source: Nio.

What Nio's CEO had to say

CEO William Bin Li said supply chain issues, including a global shortage of automotive-grade semiconductors, will continue to be an issue in the fourth quarter and into next year.

But Nio's future products, including (importantly!) the three new vehicles expected in 2022, remain on track as of now, Li said.

Nio said that while demand for its vehicles remains strong, auto investors might see a small sequential decline in deliveries in the fourth quarter, due to ongoing supply chain issues and to the factory downtime that crimped October's output.