Shares of ATI Physical Therapy (ATIP 1.71%) stock roared ahead 35.3% through noon EST Wednesday. And why wouldn't they?

On the one hand, the PT chain missed analyst forecasts for $159.6 million in third-quarter revenue by a smidge, reporting $159 million, instead. On the other hand, though, ATI pared its net losses significantly, if only sequentially. That seems to have been good enough news for investors, though. 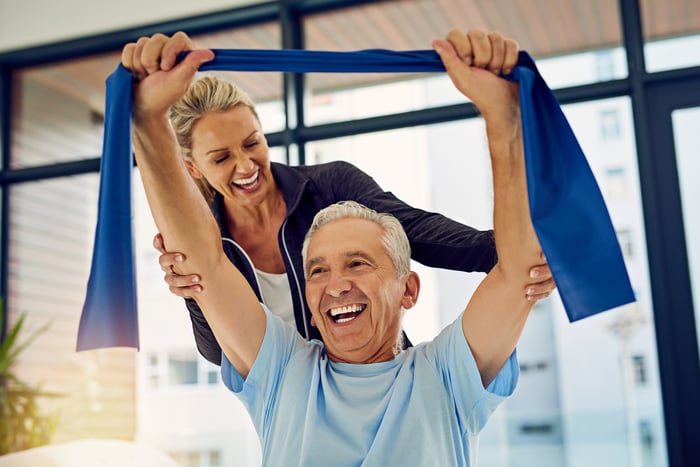 What a difference three months has made in this stock!

Back in July, investors were selling ATI stock hand over fist after the recent special purpose acquisition company initial public offering reported a big revenue miss for the second quarter and a net loss apparently so large that "we are not yet able to calculate income tax expense without unreasonable efforts" (said ATI at the time).

By the time Q3 rolled around, however, ATI had finally gotten a handle on its Q2 net loss, which it quoted at $452.5 million. In contrast, losses in Q3 were "only" $325.7 million, a sizable improvement, if still a bit of a disappointment next to the $1 million in net profit the company earned in the year-ago quarter.

The big question now is how quickly ATI can get back to breakeven, and ideally, begin growing its profit once again.

The good news there is that in its latest guidance, management is forecasting as much as 9% revenue growth over 2020 levels, with 2021 sales coming in between $620 million and $630 million. This, says ATI, should permit the company to earn between $40 million and $44 million in adjusted earnings before interest, taxes, depreciation, and amortization (EBITDA).

Granted, we'd rather be seeing real net profits when calculated according to generally accepted accounting principles (GAAP), rather than this pro forma kind of profit. But it's a start -- and for today at least, it seems to be more than enough to keep investors happy with ATI.