"Buy the rumor, sell the news." That appears to be investors' motto today, as shares of Nvidia (NVDA -0.05%) suffer through their second day of declines since CEO Jensen Huang's keynote presentation at the virtual GPU Technology Conference yesterday.

As of 11:30 a.m. EST, shares of the artificial intelligence and graphics semiconductors specialist had slumped 2.2% -- but that's not to say that the news was bad. 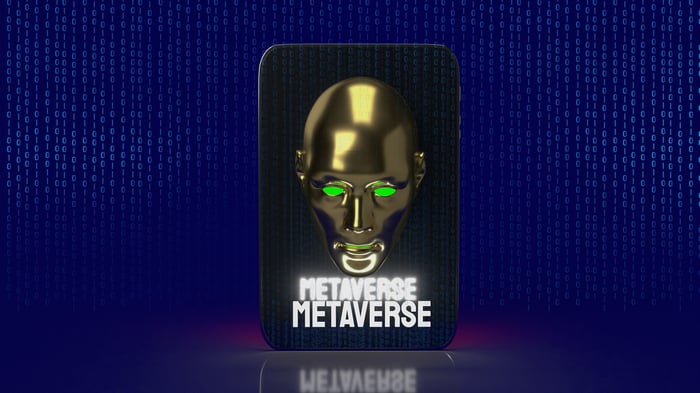 As investor attention turns to Meta Platforms' (META -0.25%) promise to create the first metaverse, Huang gave a presentation that had one analyst exclaiming, "Nvidia is so, so far ahead of any chip company in virtual world dynamic it's not even close," reported Investors.com yesterday.

In the culmination of his vision, Huang even promised to build "a digital twin of Earth itself," reports VentureBeat.com, a virtual world online bearing the modest moniker "Earth 2."

After all of that, I suspect there are really only two questions investors can respond with. First: "Where do I sign up?" And second: "But hold on a second -- how much does this stock cost?"

And here's the thing: At the risk of being a buzzkill, though -- or worse, "selling the news" -- I just have to point out here that as astounding as Nvidia's plans for the Omniverse sound, there's a price at which that future begins to cost too much.

Suffice it to say that with today's decline in stock price, investors may be waking up to the possibility that 105 times earnings, and 112 times free cash flow, is too high a price to pay for Nvidia stock.