This silver producer is losing luster in the eyes of precious metals investors.

While the price of silver is up nearly 6% so far in November, investors aren't recognizing Fortuna Silver Mines (FSM -2.50%) as a very lustrous option today. As of 2:08 p.m. EST, shares are down 15.6%, having recovered slightly from their 17% decline earlier in the trading session.

Investors are deciding to sell shares today as doubt surrounding the continuing operation of the company's core silver and gold asset located in Mexico, San Jose, increases. Concurrently, an analyst's bearish take on the stock is providing further motivation for investors to exit their positions. 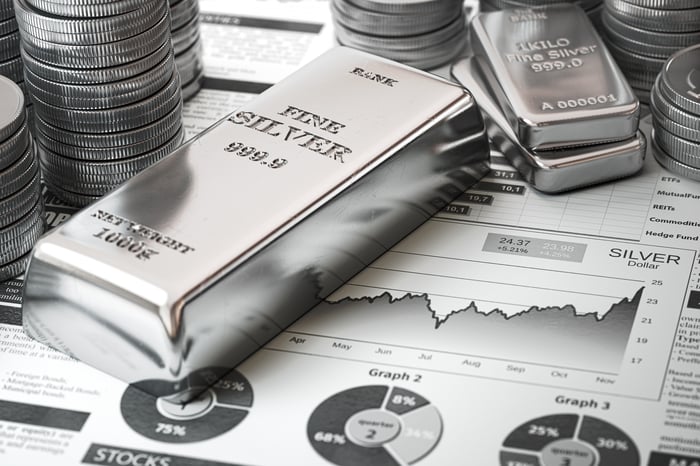 Reporting third-quarter 2021 earnings yesterday, Fortuna Silver Mines failed to meet both analysts' revenue and earnings expectations. But that's probably not the major concern of investors today. Instead, investors are likely bailing on the stock in light of the lack of certainty regarding the San Jose's ability to continue operations. Since the permit allowing Fortuna to operate San Jose expired in late October, Fortuna states that it has maintained operations at the mine "under the protection of the Mexican courts." Fortuna is working to secure a new permit which would allow for operations to continue for another 10 years. However, there is no guarantee that the company will receive it -- a prospect that would be devastating for the company.

With the high degree of uncertainty regarding San Jose, it's logical that investors are digging out of their positions in Fortuna Silver Mines. Fortunately, there are plenty of other silver and gold stocks to consider.