This is one feature of 401(k)s that beats out IRAs.

Saving for retirement can be a challenge, but tax-advantaged accounts such as 401(k)s and IRAs help make investing for the future easier. Both offer tax breaks for saving in the year you make the contributions. And both allow you to defer taxes on gains until you begin making withdrawals as a retiree, at which point you're taxed on distributions at your ordinary income tax rate.

But while IRAs and 401(k)s have many similarities, 401(k) accounts have a very important advantage over IRAs. And that advantage is getting bigger in 2021. Here's what it is. 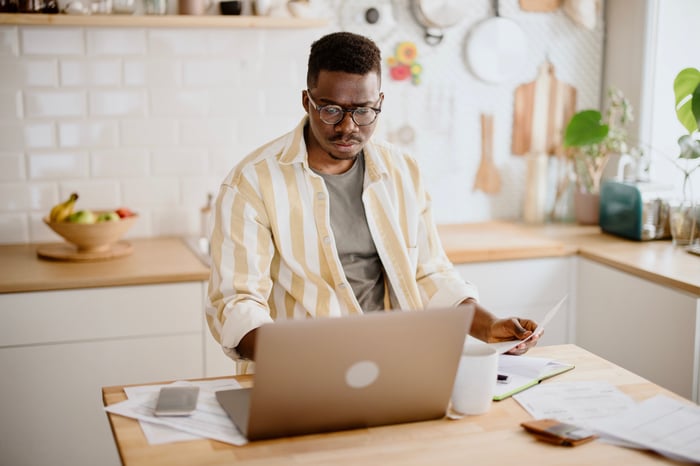 401(k)s have a few different perks that IRAs don't offer, including the ability to have contributions taken out of your paychecks automatically as well as the possibility of earning employer matching funds if your company offers them.

The fact that the contribution limit for a 401(k) is more than three times greater than for an IRA makes it much easier to invest enough money to build the nest egg you need while earning generous tax breaks. A $19,500 contribution, for example, could save you as much as $4,290 on your taxes in total if you're in the 22% tax bracket while the maximum tax savings you'd get for a $6,000 IRA contribution in the same bracket is $1,320. The government is providing you a much larger subsidy with a 401(k).

The reality is, for many people, it's necessary to save more than $6,000 per year in order to end up with a large enough nest egg to supplement Social Security and enjoy a comfortable retirement. If you're investing in an IRA, you'll need to choose a supplementary account to save enough if that's the case for you. But if you're investing in a 401(k), the contribution limits may be high enough that you can use that as your sole retirement plan if you choose to do so -- especially with the boost they're getting in 2022.