Buying on the dip (or crash, in some cases) can sometimes bring about great returns later on. But that's normally if a business is in solid shape to begin with and isn't down because of financial or operational underperformance. In the past six months, while the S&P 500 has risen 8%, shares of OrganiGram Holdings (NASDAQ:OGI) and Peloton Interactive (NASDAQ:PTON) have cratered 39% and 58%, respectively.

However, investors should resist any temptation to buy these stocks simply because they are cheaper in price. These companies are struggling, and 2022 may not be any better than 2021. 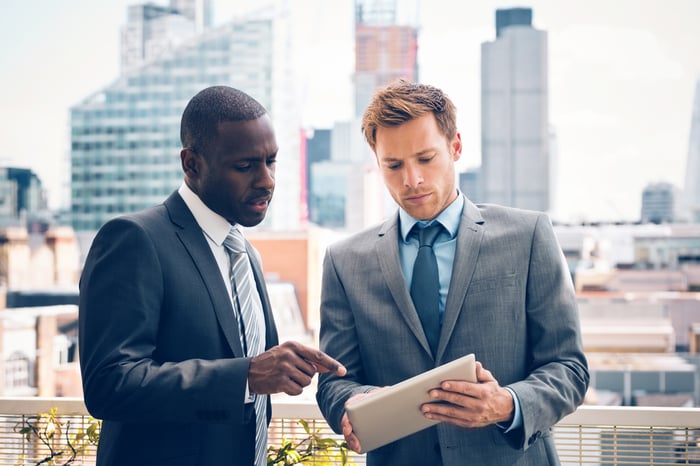 OrganiGram released a positive fourth-quarter earnings report last month, in which it noted an increase in its market share for recreational cannabis -- 7% versus 5.4% a period earlier. Net revenue of 24.9 million Canadian dollars for the period ending Aug. 31 was also a 22% improvement from the CA$20.3 million that it generated in the previous quarter. It achieved a nearly identical growth rate when looking at the prior-year period.

Those were all positive developments. But, unfortunately, that isn't enough to make this pot stock a buy. While recording such strong growth is impressive, the company still had a negative gross margin (before fair value changes related to inventory and assets). Its adjusted gross margin of 12% was abysmal and down significantly from the 30% it recorded in the prior-year period.

The recreational market has become a race to the bottom, with cannabis companies lowering their prices in exchange for market share. OrganiGram noted that its 52% increase in recreational sales was mainly a result of selling more value products. The average selling price of its dried flower was just CA$2.17 per gram during the quarter, compared to CA$3.58 a year ago. Those dried flower products accounted for 86% of OrganiGram's net sales this past quarter.

One of the reasons rival cannabis producer Aurora Cannabis has been getting closer to profitability is that it has been doing well in the medical marijuana market and focusing on products with stronger margins. OrganiGram appears to be going in the opposite direction. While OrganiGram did strengthen its recreational market share, it's difficult to be optimistic about its prospects; in the fourth quarter, its adjusted earnings before interest, taxes, depreciation, and amortization (EBITDA) loss of CA$4.8 million was twice the size of the loss it incurred in the same period last year (CA$2.3 million).

To make matters worse, OrganiGram trades at a price-to-sales (P/S) multiple of more than eight, which isn't cheap; that's only slightly lower than where top producer Canopy Growth trades at, and it has a solid strategy for U.S. expansion that merits a higher multiple. And Aurora only trades at six times its sales. Without a significant discount in valuation, there's simply no reason to take a chance on OrganiGram, as it remains overpriced and its financials aren't all that strong.

Peloton doesn't focus on low-selling products, but its problem may be that its high-priced bikes may be too expensive to generate significant growth next year. In its year-end letter to shareholders, the company stated that "we know price remains a barrier," as it announced a 21% reduction in price of its flagship bike to $1,495.

And while sales of $936.9 million for the period ending June 30 were up 54% year over year, that growth rate fell to just 6% the following quarter when Peloton's sales came in at just $805.2 million.

For the next quarter, it projects revenue to fall between $1.1 billion and $1.2 billion, which again wouldn't be much growth from the $1.1 billion it reported a year ago when its sales soared by 128%.

And there's another problem amid all of this: The company is burning through significant cash. In its latest period (which went up until the end of September), Peloton reported negative cash flow from its operations of $561 million -- a year earlier that number was positive at $312 million. For three quarters in a row now, Peloton's operating net cash flow has been firmly in the red.

It's little surprise, then, that the company announced a mammoth $1 billion share offering in November that will simply be used for "general corporate purposes," which isn't a great reason and not something investors will want to hear. And if its cash burn continues to be a problem, investors can expect to see more offerings in the future.

That and slowing growth numbers are the two biggest reasons to steer clear of this stock next year, as there's little hope that things will get better with inflation potentially making the price of the company's products even more of a barrier for cash-strapped consumers in 2022.