Many Americans look forward to the day they can finally claim Social Security benefits, and with good reason. You pay into the system to earn retirement benefits throughout your entire career, so it's natural to want to reap the rewards and enjoy a life of leisure in your later years.

Unfortunately, far too many workers will be in for a shocking surprise when the day finally comes they can claim their first check. And if you're one of them, it could ruin your retirement if you don't learn the truth early. 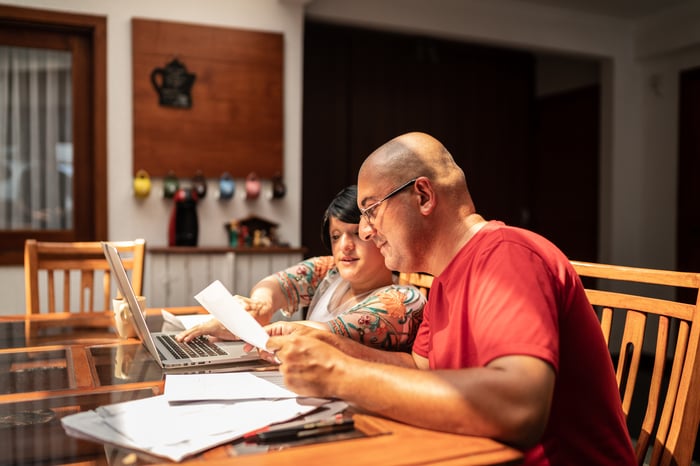 Millions of Americans are likely to discover that their benefits will provide much less income than anticipated.

A recent study from TransAmerica Center for Retirement Studies found that 21% of Americans anticipate relying on Social Security as their main income source during retirement. And this could be a huge problem if they don't have savings to supplement their benefits.

Social Security was never meant to be a stand-alone support source for seniors or even to provide the bulk of the income retirees require. The benefits were intended to work in conjunction with a pension from an employer and with savings the worker amassed over the course of their career. Together, these three income sources were supposed to replace about 80% to 90% of preretirement funds, which most experts suggest retirees need to maintain their standard of living.

However, Social Security benefits alone simply won't cut it as a main income source because by themselves, they only replace 40% of preretirement earnings. And while you may feel like you can absorb a huge pay cut once you no longer have commuting costs and can stop saving for retirement, the reality is that's probably not likely. Many of your fixed costs, such as food and housing expenses, are unlikely to change drastically after you give up your job. And some of your expenditures, such as healthcare costs, may rise substantially.

Be ready for retirement despite smaller-than-expected Social Security benefits

If you're far from retirement, the good news is that you have time to course-correct if you anticipated Social Security would provide most of your support in retirement. You'll want your savings to replace about 40% of preretirement income to supplement the 40% Social Security replaces, so set a goal to save a nest egg that will do that at a safe withdrawal rate.

If you're nearing retirement already, supercharging your savings is helpful, but you may also need to take other steps, such as putting off claiming Social Security to raise your benefits or working a few extra years to build your nest egg even more.

The important thing is to realize before you leave work and claim Social Security that you'll need money outside of what these benefits offer so you aren't left coping with a huge financial shortfall after leaving the working world. The sooner you come to terms with that, the sooner you can begin taking the steps you need to have the secure retirement you deserve.