Please ensure Javascript is enabled for purposes of website accessibility
Log In Help Join The Motley Fool
Free Article Join Over 1 Million Premium Members And Get More In-Depth Stock Guidance and Research
By Billy Duberstein - May 6, 2022 at 3:32PM

Better-than-feared earnings were key to IPG defying the market swoon.

Shares of IPG Photonics (IPGP -1.61%) rose as much as 9.4% on the week, before settling into a 6% weekly gain as of 2:46 p.m. ET Friday. That's especially impressive given the continued volatility in technology stocks this week.

IPG had a pretty rough start to the year, but delivered better-than-expected earnings on its first-quarter earnings report released Tuesday, May 3. With financial results coming in better than feared, it's no surprise shares found their footing in a tumultuous market.

In the first quarter, IPG grew revenue 7% to $370 million, with earnings per share growing 4% to $1.31. Both figures came out well ahead of expectations.

IPG had been pummeled to start the year on fears of a global growth slowdown, which could hurt demand for its fiber laser welding products. Additionally, IPG had significant manufacturing operations in Russia; needless to say, that also presented the company with a big risk.

However, it looks as though management was able to navigate things rather well. CEO Eugene Scherbakov said in a statement: "We are pleased to report another solid quarter with growth driven by higher demand across many diverse applications in Europe, North America and Japan. Increased laser welding adoption, primarily in electric vehicle manufacturing, drove record welding revenue for IPG this quarter."

Scherbakov also said IPG was investing to expand its manufacturing footprint in the U.S. and Europe, while the company stops new investments in Russia. That being said, it appears manufacturing is still going on in the country.

The company continues to see strong booking orders, especially in the electric vehicle and medical device spaces; however, guidance for the current quarter was relatively flat from last quarter, with management projecting revenue of $355 million to $385 million and earnings per share of $0.95 to $1.25. 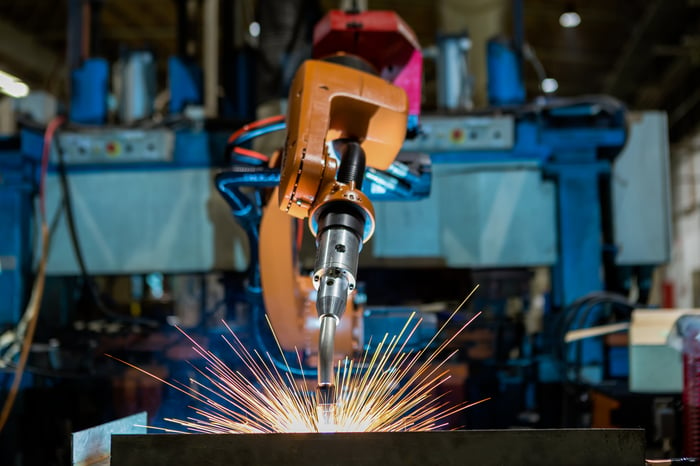 IPG currently trades around 19 times both trailing and forward earnings estimates, but obviously earnings estimates are quite volatile, given the macroeconomic crosswinds. There's a lot of uncertainty on both the revenue and cost side, given the continued Russian footprint. However, the stock is trading near the bottom of its historical range for its P/E ratio. 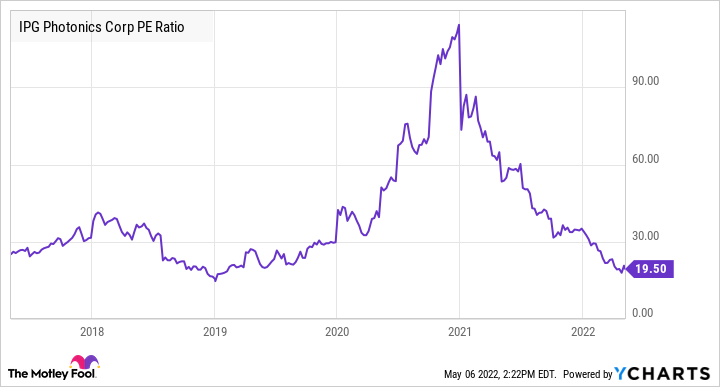 Fiber lasers should continue to gain share in a range of applications; therefore, while not the cheapest stock around, IPG looks like it's regained its footing amid a tumultuous global economy.