Rivian's bumpy EV ride could be smoothed out over the next few years.

Just a couple of years ago it seemed like electric vehicle stocks could do no wrong. Investors were flocking to the EV industry as a slew of new companies entered the public market.

Rivian Automotive (RIVN 8.30%) was part of the new EV cohort that caught investors' attention when it went public in late 2021. But since then, its share price has fallen a stunning 84%.

Rivian investors (and potential investors) are rightfully wondering where the company is headed right now amid high inflation, rising costs for electric vehicle materials, and a potential recession on the horizon.

So where will Rivian end up over the next few years? Let's take a closer look. 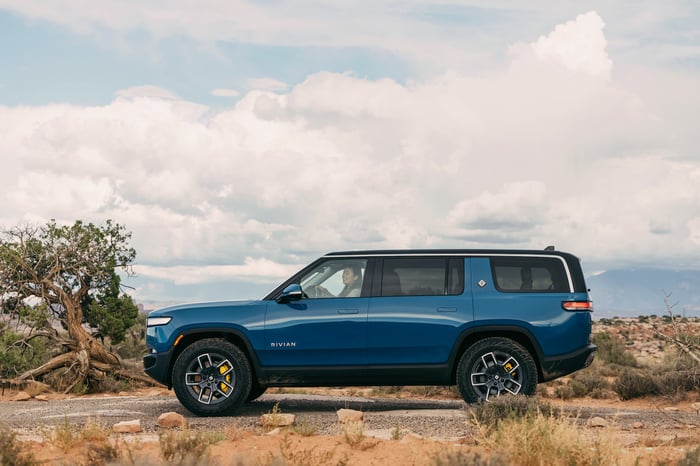 Rivian has had a pretty rough couple of years. First the company has had to deal with supply chain shortages and rising EV material costs that have slowed down vehicle production and raised operating costs. Both of these issues have resulted in Rivian having to raise the price of its vehicles and produce fewer of them. Rivian significantly raised the price of its R1T truck and R1S SUV models last year, and the company completely scrapped the entry-level versions of both models.

In addition to higher costs, Rivian missed its goal of producing 25,000 vehicles in 2022, coming up short by 663 vehicles.  That may not seem like a huge miss, but it's far less than Rivan's original estimate when it went public, stating that it would produce 50,000 vehicles by the end of 2022.

The company's third-quarter financial results show that Rivian is increasing revenue, but losses are widening as well.

Sales were $536 million in the quarter, up from essentially no sales in the year-ago quarter because Rivian had just begun producing vehicles at the time. The company's net loss was $1.7 billion in the recent quarter, which was larger than the $1.2 billion loss in the third quarter of 2021.

But Rivian's not the only small EV start-up that's losing money and facing production issues. And while the company has had a bumpy ride over the past year, there are a few signs indicating that better times may be ahead.

Where Rivian could be in the next three years

Let's get some of the bad news out of the way first.

A survey conducted recently by KPMG found that 76% of automotive executives are worried that rising inflation and high interest rates could slow the adoption of EVs over the next few years.

That's not great for EV start-ups like Rivian, and neither is the fact that battery costs aren't expected to start falling until 2024, according to BloombergNEF.

With these two things in mind, and a potential recession looming, investors can probably expect Rivian's stock to remain volatile in the near term.

But there are also some reasons to be optimistic about Rivian's long-term potential in the EV market. 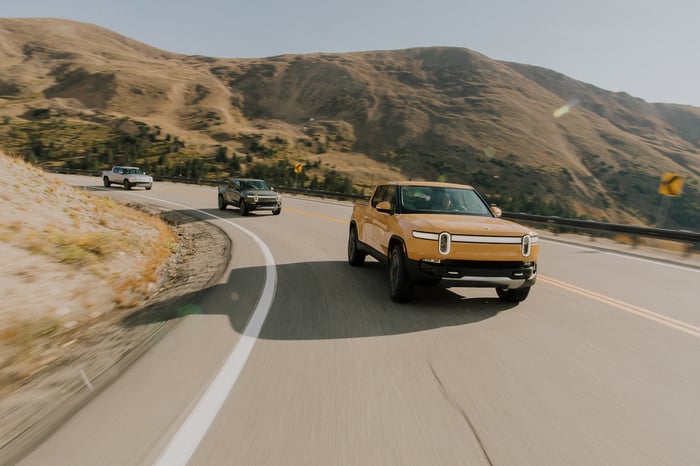 Additionally, Rivian should be able to continue growing its production in the coming years as supply chain issues ease. The company also has plans to bring a new plant online in 2026, which will help produce the company's smaller R2 vehicle platform.

In the coming years, investors can also expect to see Rivian deliver more of its electric vans for Amazon as well. The company has an order to produce 100,000 delivery vans for the e-commerce giant, and back in July it delivered its first batch of the vehicles.

Rivian and Amazon have said that the full order will be completed by 2030, which means production will continue to ramp up over the next few years.

Rivian could be a good long-term bet, but investors need to be patient

Rivian is still losing money hand over fist right now, but if the company can continue to ramp up its production then I think the company could be a good long-term bet.

Rivian's management has said that it has enough money to stay funded right now through 2025, which means investors don't have to worry too much about the company's losses just yet.

And while the next few years will certainly be a challenge, Rivian has proved that it can increase production during difficult times and deliver quality EVs to both its individual customers and large clients like Amazon.

Investors who are looking to open a small position with an EV start-up may want to put a little money toward Rivian. The company's price-to-sales ratio of 13 isn't exactly cheap, but it's far less expensive than EV maker Lucid Group's P/S ratio of 33.