Back in September, I discussed Marvel's Agents of SHIELD, an ambitious attempt by Disney (DIS -0.15%) to expand the Marvel Cinematic Universe -- dominated by Iron Man, Thor, Hulk, and Captain America -- onto the small screen.

It was the first time that a movie franchise and a television one co-existed in the same universe, and I initially believed that it would eventually tap into the creative richness of the Marvel comic universe on which it was based.

Unfortunately, I've been dead wrong so far. After watching nine episodes of this show, I'm disappointed that Joss Whedon -- the writer and director of The Avengers -- still hasn't breathed any of his trademark magic into this once promising new franchise.

The good news is that the show hasn't completely tanked -- its ratings recently climbed 4% week-over-week to a Nielsen rating of 2.5 -- a steep drop from the rating of 4.7 for its premiere, but a major improvement from the low of 2.2 it hit earlier this month.

However, fans might not be as forgiving if the show doesn't make some big changes soon. Let's take a look at three of Agents of SHIELD's biggest mistakes, and how Joss Whedon's team can rectify them before this show suffers the same fate as Whedon's Firefly, which was cancelled in 2002 by Fox (FOX) before the first season even completed.

Whedon is one of those directors who has done well on the big screen (The Avengers, The Cabin in the Woods) but has produced mixed results on television.

Agents of SHIELD suffers from dated storytelling techniques that Whedon carries over from his previous shows, such as Buffy the Vampire Slayer, the successful 1997 reboot of a mediocre 1992 film, and Dollhouse, the 2009 series that featured people turned into programmable "dolls" to assume any identity.

Agents of SHIELD uses the same "monster of the week" formula as Buffy, the fights are choreographed in a similar manner, and special effects -- such as lasers, flames, and superpowers -- aren't terribly convincing. Like Dollhouse, Agents of SHIELD is scripted with plenty of unconvincing pseudo "geek speak" -- Skye, Agents Fitz, and Agent Simmons constantly prattle on about "TCP/IP" and "firmware and hardware" -- terms that were apparently copied off the settings of a Wi-Fi router.

Due to these influences, Agents of SHIELD feels like a show trapped in the 1990s -- an age when shows like Buffy, Angel, Xena: Warrior Princess, and Hercules were passable forms of entertainment.

Back then, photogenic two-dimensional characters were acceptable -- but today, in the age of Lost, 24, Breaking Bad, and The Dark Knight, audiences expect deeper, more flawed characters being driven by more than an innate desire to save the world.

That leads into Agents of SHIELD's second major flaw -- it is losing its connection to the Marvel Cinematic Universe. The show occasionally uses plot devices from the films, such as the Extremis virus from Iron Man 3 and the Tesseract from Thor, to remind viewers that they are still in the Marvel Universe.

However, if the names of these devices were changed, the SHIELD team would simply be just another team of scientist-slash-government agents investigating supernatural events -- a tired concept that we have already seen done better in The X-Files and Fringe. 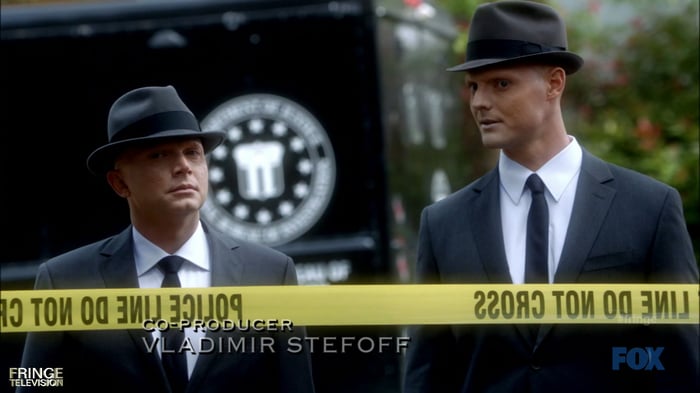 Audiences, seeing the Marvel page flip logo at the beginning of every episode, have come to expect bigger, flashier things from the Marvel Universe -- things that Whedon's team simply can't deliver on a smaller budget. There's no moment in Agents of SHIELD that matches the impact of Iron Man's suit catching up to him, Thor smashing his hammer, or Hulk smashing Loki into the ground at the climax of The Avengers.

Early on, Agents of SHIELD featured some cameos of other characters, such as Agent Maria Hill (editor's note: not Smith, sorry, played by Cobie Smulders) and a Nick Fury (Samuel L. Jackson). Since then, however, no other characters from the films have appeared. Even a widely hyped crossover with Thor: The Dark World in episode 8 featured nothing more than the SHIELD team on cleanup duty after the battle in Greenwich.

Therefore, as Agents of SHIELD drifts farther away from the Marvel Universe, its initial charm will wear off, and eventually more unfavorable comparisons to The X-Files and Fringe will emerge.

Last but not least, we need to discuss the show's timing. Agents of SHIELD is sticking with its "monster of the week" formula in a time when most TV shows favor serialized story arcs.

The show's only major story arc is the mystery of Agent Coulson's miraculous resurrection after being impaled by Loki in The Avengers. Every few episodes there's a little hint dropped that "Tahiti," where Coulson claims he went after he died, isn't what it seems.

The writers are obviously counting on that mystery to keep viewers coming back, but in the meantime, we get hit-and-miss stories of a deranged scientist transformed into the Marvel villain Graviton, a cheesy pyrokinetic guy named "Scorch," and an invisible stalker.

It's a lot like what Whedon did with Dollhouse -- the series started off far too slowly with weekly episodes in which the main character, Echo (Eliza Dushku), was sent on bland missions programmed as various people and "rebooted" after each mission. The story didn't start picking up until the second season, when it was revealed that Echo could actually inherit all of her previously programmed personalities, but by then ratings had tanked and the show was cancelled.

Agents of SHIELD might eventually introduce an interesting, compelling story arc to keep us tuned in every week, but for now, it's getting off to a very sluggish start. In an age when people use DVRs and streaming to watch TV shows, there's no reason not to use serialized story arcs to keep viewers coming back for more.

Despite these problems, I believe that Agents of SHIELD can still be salvaged, with a clearer direction, better written characters, and more compelling story arcs.

However, I think that upcoming efforts from Time Warner's (TWX) DC to hit the small screen -- such as Gotham, Constantine, and The Flash -- could run into similar problems. Gotham, which imagines Gotham City before Batman, will be a particularly problematic one.

By centering on Commissioner Gordon's early career in the Gotham police force, it removes the most appealing part of the franchise -- Batman -- from the equation, just as Agents of SHIELD removed the four main Avengers from the story.

Therefore, dear readers, that leads to an interesting final question -- will Agents of SHIELD succeed in its efforts to ride the coattails of The Avengers' success, or will these mistakes eventually sink this ambitious attempt to marry Marvel movies and television?