The Marvel film rights are a complicated mess. Those rights will become a little less complicated if Comcast is not careful, though. 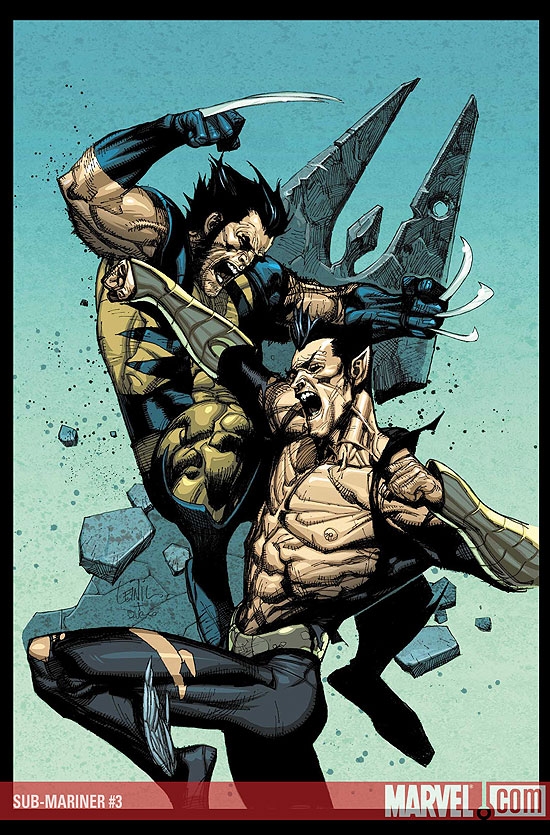 Namor the Sub-Mariner
Long before the "stab first, ask questions later" antics of everyone's favorite antihero Wolverine, there was the hostile, violent, and vengeful Namor the Sub-Mariner. The half-human, half-Atlantean prince of the underwater kingdom of Atlantis, Namor's origins trace back to the very early days of Marvel. If you were to open the first issue of Marvel Comics from 1939, you would see Namor printed on the pages.

Namor the Sub-Mariner has had a colorful and complicated comic book history. As a hero, Namor battled alongside Captain America against Nazi Germany. As a villain, he has fought against the Fantastic Four and all of humanity during the Atlantean invasion of New York City -- one of many such invasions of the surface world.

As neither a hero nor a villain, Namor was most recently on the side of the X-Men during the team's war with the Avengers in 2012. Whether he's a hero, a villain, or something in between, a comic book story featuring Namor is never boring.

Time is of the essence
Despite Namor the Sub-Mariner's rich comic book history spanning 75 years, he has yet to make the transition to the big screen. That has not been for a lack of trying, though.

Until a few years ago, Comcast's Universal Studios owned the film rights to the Hulk, another Marvel Comics franchise. Universal's 2003 Hulk film is perhaps best known in the business world for its massive second weekend box office drop. Hulk pulled in an impressive $62.1 million domestically during its opening weekend (which in 2003 was the 16th best opening weekend of all time), but fell an astonishing 70% to $18.8 million its second weekend. Because of the film's performance, Universal Studios chose not to make a sequel.

As is typical of these types of film agreements, if Universal Studios failed to make a film based on the Hulk after a specified amount of time, then the film rights would automatically revert back to Marvel Studios. That is exactly what happened with the Hulk.

It was thought that Comcast's Sub-Mariner film rights met with a similar fate. With the 2006 announced film unofficially dead, the common belief was that the film rights were now the property of Marvel and Disney. Even Marvel Comics' chief operating officer assumed as much during a 2012 interview.

It was not until August 2013 that Marvel Studios' president confirmed that Comcast did indeed still have the film rights to Namor. In the very confusing world of Marvel film rights, even top Marvel executives can be mistaken at times. If Marvel Comics' COO thought that the Sub-Mariner rights had already been returned to Marvel and Disney, it seems likely that the rights will be returned fairly soon, if Comcast doesn't get moving.

Foolish bottom line
Walt Disney and Twenty-First Century Fox have successfully built elaborate story universes around their respective Marvel film rights, while Sony is in the process of doing the same with its Spider-Man film franchise reboot and potential spinoffs of characters related to Spider-Man. This has allowed Disney, Fox, and Sony to turn their comic book characters into multibillion-dollar film franchises.

Comcast's Universal Studios failed at its attempt with the Hulk, though, and if Comcast doesn't hurry, then it will miss its opportunity again with Namor the Sub-Mariner. If Comcast is not up to the challenge, I am sure Disney will be happy to incorporate Namor into its Marvel Cinematic Universe. The ball is in your court, Comcast. What will you do with it?