Dr Pepper Snapple Group is performing well in spite of challenging industry conditions, but the company could be facing an uphill battle versus bigger rivals like Coca-Cola and PepsiCo in the coming years. 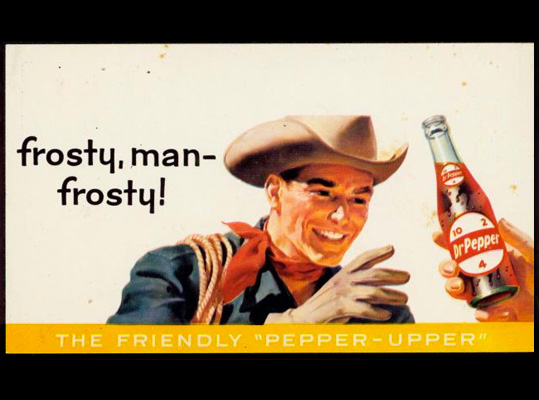 Dr Pepper Snapple Group (DPS) delivered better-than-expected earnings for the fourth quarter of 2013, and the stock jumped by 2.2% on Wednesday in response. However, investors looking for sound defensive plays in the sector may want to consider giants like Coca-Cola (KO -0.23%) and PepsiCo (PEP -0.06%)while SodaStream (SODA) offers superior growth potential in exchange for higher risk. Dr Pepper is a solid company, but not necessarily the best play in the business.

Sweet earnings, flat sales
Core earnings per share came in at $0.97 during the last quarter of 2013, an 18.3% increase versus the same quarter in the prior year and substantially better than the $0.85 estimated on average by Wall Street analysts. Revenues, on the other hand, declined by 1% during the quarter to $1.46 billion.

Sales volume fell by a worrisome 4% during the quarter, and improvements in price and product mix were not enough to fully compensate for the falling volumes. Emerging markets are still generating volume growth, but declining sales in North America due to changing consumer habits and rising obesity concerns represent a considerable challenge for the industry in the coming years.

Management is doing a good job at keeping costs at bay and reducing share count via buybacks, but it's hard to tell what kind of growth Dr Pepper can sustain in the future while facing falling demand in its major markets.

Changing industry dynamics
PepsiCo announced earnings for the fourth quarter of 2013 on Thursday morning, and the company experienced a 2% decline in organic beverage volume in the Americas region. Coca-Cola will be reporting earnings on Feb. 18, but investors should expect lackluster volume growth in the U.S. considering that Coca-Cola Americas delivered an uninspiring increase of 1% during the first nine months of 2013.

Soda volume has been stagnant or even declining in the U.S. over the last several years, and the trend does not seem to be reversing anytime soon. For this reason, companies in the industry are resorting to lower-calorie drinks and emerging markets expansion in the search for growth opportunities.

Coca-Cola and PepsiCo benefit from tremendous scale advantage, enormously valuable brands and gigantic global distribution networks. Dr Pepper, on the other hand, does not have the same level of competitive strength.

Financial resources represent another important difference to consider, especially now that Coca-Cola has decided to enter the home soda market via an alliance with Green Mountain Coffee Roasters.

Coca-Cola has recently purchased a 10% stake in Green Mountain Coffee Roasters for $1.25 billion. The companies have also signed a 10-year agreement to collaborate in the development and introduction of Coca-Cola's products for use in Green Mountain's forthcoming Keurig Cold machine, so the soda giant is bringing the cola wars to the home soda market.

There were rumors about a SodaStream acquisition by PepsiCo last year, and speculation about a possible deal has resurfaced after the announcement from Coca-Cola and Green Mountain . Coca-Cola and PepsiCo have traditionally replicated each other's competitive moves, so it wouldn't be a big surprise to see PepsiCo partnering with SodaStream sometime soon.

If home soda consumption continues gaining ground in the coming years, it could hurt traditional sales channels even more. In such a scenario, Dr Pepper could be facing a considerable challenge in trying to adapt to the evolving industry dynamics.

Bottom line
Soda volumes are declining in major markets, and Dr Pepper is the third player in the industry, materially lagging giants like Coca-Cola and PepsiCo when it comes to financial resources and competitive strengths like distribution network and brand power. This means it could be harder for the company to adapt to the new trends via product innovation and emerging markets expansion. Even if management is doing a sound job in a challenging scenario, Dr Pepper could be facing an uphill battle against stronger rivals in the coming years.

Andrés Cardenal owns shares of SodaStream. The Motley Fool recommends Green Mountain Coffee Roasters. It recommends and owns shares of Coca-Cola, PepsiCo, and SodaStream. Try any of our Foolish newsletter services free for 30 days. We Fools may not all hold the same opinions, but we all believe that considering a diverse range of insights makes us better investors. The Motley Fool has a disclosure policy.