Nintendo’s business dilemma strongly resembles Disney’s problems in the 1980s. Can the gaming giant learn a few lessons from Michael Eisner’s revival of Disney, which turned the ailing theme park and movie company into the world’s largest media conglomerate?

Everyone today has an opinion about what Nintendo (NTDOY -0.19%) should do. A hedge fund is pushing the company to develop mobile games and add more in-game microtransactions. Some analysts believe that Nintendo should acquire former rival Sega, or develop software on rival hardware platforms. These ideas, presumably, could reverse the company's 70% and 25% respective reductions of its Wii U and 3DS sales forecasts for fiscal 2014.

All of those ideas, however, overlook the biggest problem of all -- that Nintendo isn't properly growing its brands or evolving as a company. So let's examine how Nintendo can evolve its business by taking cues from a similarly iconic company that grew into a media conglomerate -- The Walt Disney Company (DIS 0.85%).

On the surface, the similarity is obvious -- Disney and Nintendo are both recognized by their iconic, family-friendly mascots.

Yet under the surface, we can see that Nintendo strongly resembles Disney prior to Michael Eisner's appointment as CEO in 1984. Prior to Eisner's arrival, Disney was stuck in a rut -- its family-friendly films were flopping with teens who were dazzled by Star Wars. By the early 1980s, its theme parks were generating 70% of its income. In 1984, a corporate raider almost completed a hostile takeover of Disney, which was trading at barely more than $1 per share.

Yet Michael Eisner turned all that around, and by the time he resigned in September 2005, Disney was worth more than $25 per share.

Could Disney's incredible recovery unlock future growth for Nintendo as well? Let's take a look at some key lessons that Nintendo can learn from Disney.

It's not just about the kids anymore
As one of his first moves, Eisner steered Disney away from family-friendly films by focusing on its subsidiary Touchstone Films, which produced films for older audiences. In the mid-1980s, Touchstone released hits such as Down and Out in Beverly Hills, Outrageous Fortune, Tin Men, and Ruthless People. Within four years, Disney soared from last place to first place in total box office receipts among the eight major studios.

Nintendo, like pre-Eisner Disney, is still stuck in a family-friendly loop of diminishing returns. Its top five best-selling Wii U games -- New Super Mario Bros. U, Nintendo Land, Super Mario 3D World, New Super Luigi U, and Wii Party U -- are all family-friendly and all feature its flagship characters. The five games have sold a combined 10.9 million units. 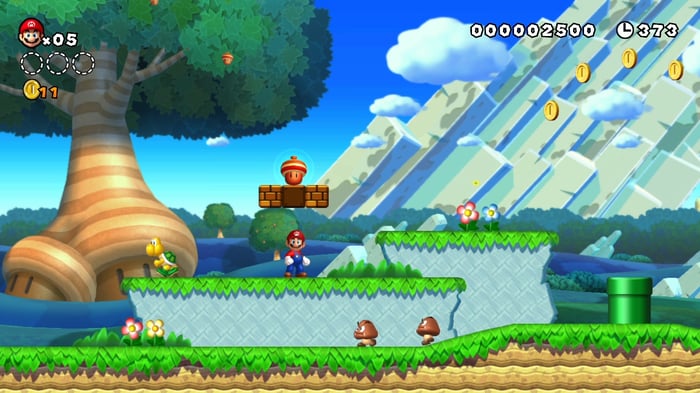 All five of Nintendo's top Wii U games are quality titles, but they simply don't appeal to a larger mainstream market. The average gamer today is 30 years old and has played games for 13 years, according to the ESA (Entertainment Software Association).

Nintendo's Touchstone moment
That means a lot of these gamers first picked up a controller in 2001, long after Nintendo's golden age of 8-bit and 16-bit hits had ended. It also means that Nintendo appeals the most to two smaller demographics -- older gamers who are nostalgic for that golden age, and younger gamers who enjoy the simpler gameplay.

Some may say that Nintendo should forge better partnerships with third-party developers to guarantee that they keep bringing M-rated games like Call of Duty or Assassin's Creed to the Wii U. Yet that idea overlooks Nintendo's greatest strength -- its ability to produce original, quality titles. In the past, Nintendo has published a handful original M-rated titles, such as Eternal Darkness: Sanity's Requiem (2002) and Geist (2005), but those releases have been few and far between. 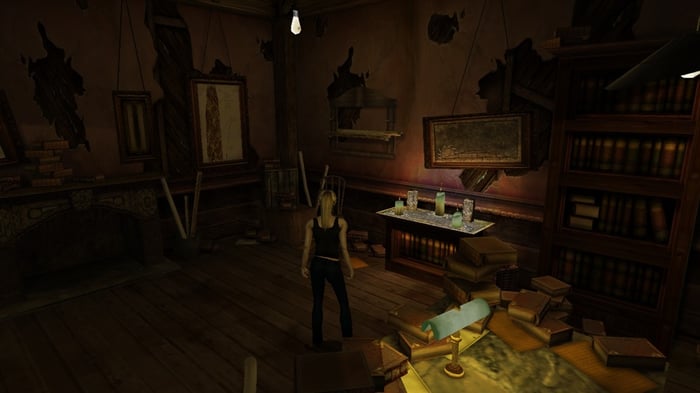 Nintendo needs to replicate Disney's Touchstone strategy and create a division specifically focused on publishing exclusive quality titles for an adult audience. This can help it recapture some of the gamers it lost when Microsoft (MSFT 0.13%) bought Rare (the creator of N64 hits Perfect Dark and Goldeneye) in 2002, without the fear of tarnishing its family-friendly Nintendo brand.

Expanding its world of mascots: Toys and theme parks?
Nintendo only has two main sources of revenue -- hardware and software sales. Over the first three quarters of fiscal 2013, Nintendo's hardware sales accounted for 57.5% of its top line, while software sales comprised another 42.2%. The remaining 0.3% was generated by "Other" products, which include the playing cards that the company has produced since 1889.

By comparison, Eisner diversified Disney's original portfolio by building more theme parks and acquiring other media assets, such as Miramax Films, ABC, and ESPN. Eisner also expanded the Disney family with films like The Little Mermaid, Aladdin, Beauty and the Beast, and The Lion King -- all of which added memorable new characters to its roster. Last quarter, only 29% of Disney's revenue and 22% of its operating income came from its theme parks business. The rest came from its media networks, films, consumer products, and video games.

Nintendo has some of the most recognizable mascots in the world. Yet it hasn't realized the marketing potential of those mascots beyond video games. Nintendo has licensed toy manufacturers to make action figures and board games with its mascots in the past, but a fragmented universe of toy manufacturers, mainly from Asia, reap those profits. If Nintendo produces more toys in house, it could turn into a third pillar of growth.

But why stop there? Shigeru Miyamoto, the man who created Mario, stated in an ABC interview last year that a Nintendo theme park, similar to the one found in the Wii U title Nintendo Land, "might become a possibility. If Nintendo opens a real theme park, it could resemble Walt Disney's grand opening of Disneyland in 1955, appealing to gamers of all ages who fondly remember Mario and Zelda from their childhood. Just as Disneyland promotes the company's franchises, a real-life Nintendo Land could reinforce the importance of the company's mascots and ensure that Nintendo's characters retain their magical appeal with gamers.

Nintendo Land could be great for business, too -- Disney's theme parks and resorts reported 6% and 16% year-over-year respective growth in revenue and operating income last quarter. 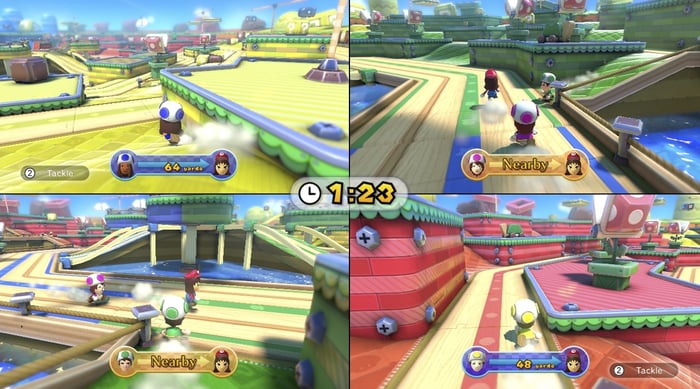 Would you visit a real-life Nintendo Land? (Source: Nintendo)

The bottom line
Looking ahead, Nintendo will probably focus on the usual things -- accelerating its release schedule for first-party games, strengthening its relationships with third-party developers, improve the Nintendo Network, and work on new ways to boost sales of the Wii U and 3DS.

However, if Iwata is truly concerned about the company's long-term goals, he might want to take a look at Disney's playbook during Eisner's "Disney Decade." If Disney was able to break out of its family-friendly rut in the 1980s, so can Nintendo -- it just needs to start thinking outside the box.