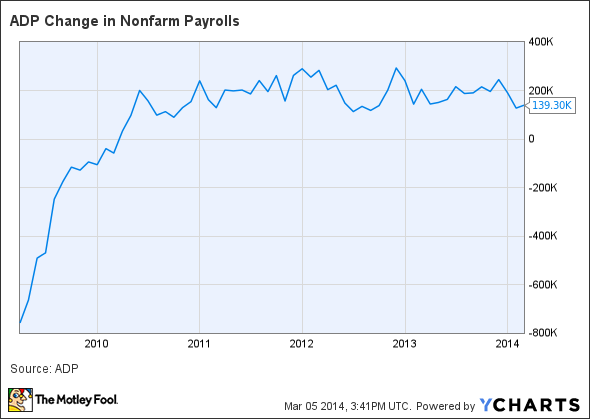 According to Moody's Analytics Chief Economist Mark Zandi, bad weather may have rained on the labor market's parade:

February was another soft month for the job market. Employment was weak across a number of industries. Bad winter weather, especially in mid-month, weighed on payrolls. Job growth is expected to improve with warmer temperatures.

The data suggest that the government's jobs report for February, to be released Friday, will show only modest gains. Economists forecast it will show that employers added 145,000 jobs last month. That is below the average gains of nearly 205,000 jobs a month in the first 11 months of last year.

The ADP numbers cover only private businesses and often diverge from the government's more comprehensive report.